This week Eater celebrates not only cocktails but those who make them possible, the bartenders. Running some of the most successful bar and cocktail programs in town, these five featured here today are experienced, knowledgeable, and opinionated. They allowed Eater to pry and ask them a few questions meant to give us all a better understanding of who they are. They dished on all from first bar jobs to trends they hate and the worst cocktails they have ever made. 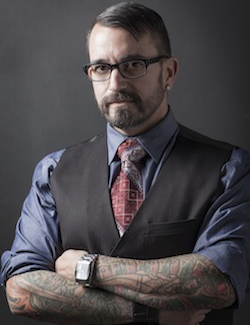 Behind the bar at: Williams & Graham, The Squeaky Bean

First Bar Job: Tanglewoods, Paramus, New Jersey. It was in Garden State Plaza Mall. I conned my way into the job. I was 17.

Favorite Spirit: The Ghost of Christmas Future... or Mezcal

Worst Cocktail You Ever Made: A guest once asked for a Laphroaig 18yr scotch (very peaty) and tomato juice. I straw tasted it out of curiosity and nearly spewed on the guy.

Biggest Bartending Accomplishment: No single thing sticks out because, to me, being a bartender is more about the people on the other side of the bar rather than being about me. I take pride in making people happy every shift - being a part of making a someone's day better is what inspires me.

Bartending trend you are sick of: Attitude. Cocktail bartenders that think they know more than their guests about what or how they should drink. Bartending is more about the people than the drinks. I can teach a monkey to make a drink, but I can't teach it to have a personality.

What should guests should know about you: I have a Rainman-like sense of direction. I've rarely been lost. 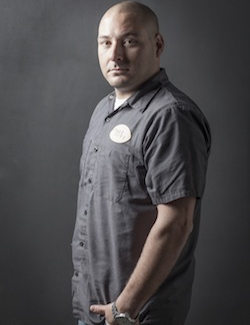 Birthdate: January 9
Behind the bar at: Root Down & Linger
First Bar Job: Paul's Club, Madison, WI
Favorite Spirit: Teen.
Worst Cocktail You Ever Made: in 2007 while working at TAG, I fell in love with Campari and tried to do a 'Soju-Nigori Sake-Orange Flower Water-Negroni' thingy. I put it on the menu one night and the very next day some dude Yelped about about it saying "it was the worst cocktail he'd ever had."  I tried it first thing when I went in... he was right.
Biggest Bartending Accomplishment:  making it in time for a 10 am Sunday Eater photo shoot. That and passing the BAR 5-Day in 2010.
Bartending trend you are sick of:  Pretentious bartenders and even more pretentious drinks.  There is a big movement in the bartending community right now against everyone taking themselves so seriously (almost to the point of being cliche) and I couldn't be happier. It's not like our work is saving the manatees... it's just bartending.
One thing guests should know about you: I suck at fielding sports questions. I don't follow pro or college sports at all and couldn't tell you the last time I watched an entire game of anything. Beyond the basic rules of the major games I'm pretty clueless. And fantasy leagues? Forget about it.... I would be hard pressed to name five players in any sport. 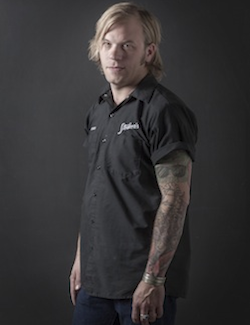 Birthdate: November 14
Behind the bar at: Steuben's Food Service
First Bar Job: Rock Bottom Brewery
Favorite Spirit: Tequila (Milagro Silver, Espolon Blanco & Chamucos Blanco to name a few, but most any tequila is my friend!)
Worst Cocktail You Ever Made: Marshmallow Vodka & Creme de Cacao shaken & served up with a graham cracker crumb rim. We had a bottle free of marshmallow vodka lying around and an employee working his last shift at Steuben's, so we thought it would be a good idea to punish him with said cocktail. He drank three of them.
Biggest Bartending Accomplishment: The soda program my brother Randy & I created for Ace Eat Serve. I've never been giving so much freedom to make something like we did with these sodas from only fresh ingredients & our imaginations. I'm really proud of Randy & I.
Bartending trend you are sick of: Over-the-top, Prohibition-era vests & silly hats. I fully appreciate vintage style & dressing well, but I don't like that it's become a universal uniform for mixologists. It's almost 2013 people, dress like it please.
One thing guests should know about you: I'm an avid thrift store & antique shopper. I don't find as much time as I'd like to go, but I love thrift store shopping. Old & used things have soul that you can't find anywhere else. 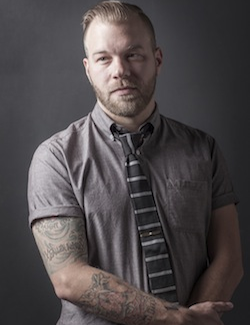 Behind the bar at: Ace Eat Serve

Worst Cocktail You Ever Made: Before I learned how to craft a real cocktail I tried to make an autumn spice infused vodka sour. I couldn't have cinnamon for months after that- terrible execution!

Biggest Bartending Accomplishment: My twin brother and I run two of the most well respected bars in Denver. The fact that we each have successful bar programs across the alley from each other makes me very proud everyday I come to work.

Bartending trend you are sick of: Bartenders that forget to smile.

One thing guests should know about you: My Dad is a Harley-Davidson mechanic and I model the way I use Mise En Place behind the bar after how he works on motorcycles. He has a meticulous way of organization and cleanliness. It's very humbling. 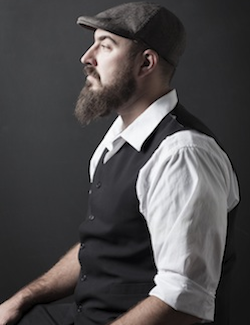 Behind the bar at: on hiatus but Beverage Director for Breckenridge and Wynkoop Breweries.

Worst Cocktail You Ever Made:  Usually the first attempt at a great cocktail is not all I imagine it to be, pretty lousy on most occasions but once I work at it for a but it gets better.

Biggest Bartending Accomplishment:  Continuing to challenge myself rather than just get stuck.  I have always been ok with putting myself in new environments which challenge me as much as possible to grow and learn new sides of my industry.

Bartending trend you are sick of: Attitude from "mixologists"... get over yourselves.  We are bartenders and servers first.

One thing guests should know about you: I have amazing hearing and they have very loud voices.