Friends of Eater on Their 2012 Restaurant Breakups

Share All sharing options for: Friends of Eater on Their 2012 Restaurant Breakups

In the last few days, Eater followed its tradition of closing out the year with a survey of friends, industry types, bloggers, and readers. Friends of Eater weighed in on their top restaurant standbys and favorite newcomers, the word that describes 2012, and the best meals of the year, among other things. Now, it's time for the 2012 restaurant break-ups. Eater welcomes your thoughts in the comment section. 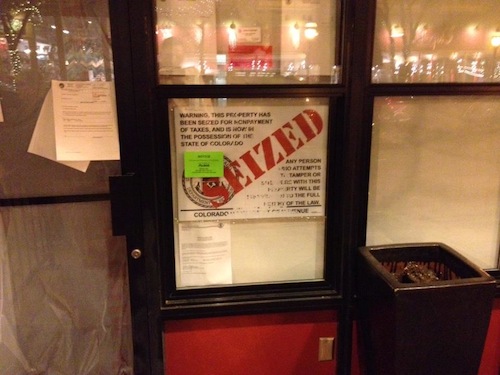 William Porter, restaurant critic, the Denver Post:  There were a couple of mom-and-pop breakfast places I stopped frequenting, because either their hours or food got erratic. I'm an early riser, and if you say your restaurant opens at 7, don't routinely open it 30 minutes later just because you can't crawl out of bed. I'll decline to name them. They're small places and don't have big margins, so it's not like kicking some mega-chain like Cracker Barrel in the shins.

Tucker Shaw, features editor, the Denver Post: None in particular, but I am growing weary of open kitchens. I miss hidden kitchens. I miss the mystery of out-of-sight alchemy that results in little miracles appearing at the table. So whenever I do visit a restaurant with an open kitchen, I ask for a table at a distance. Not out of disrespect for the hard work being done in those kitchens, but to highlight the surprise when my dish appears. Not seeing the process actually makes me respect the craftspeople responsible even more.

Grace Boyle, contributor, Eater Denver: I was sad to see The Pinyon close in Boulder from Chef/Owner Theo Adley. Their fried chicken was among some of the best I've ever had. I also paused my weekly visits to The Kitchen NEXT DOOR in Boulder, only because I got burnt out on the simple food (menu hasn't changed much) and the sometimes too-casual-careless service. I'll go back, just need a break as it has stopped wowing me.

Eric Elkins, owner of social media agency WideFoc.us and the Dating Dad website: Jelly - the service got worse and worse, and so did the food.

Jessica Hunter, Eater Denver Contributor: Jelly or Pinche Tacos — the crowd and sheer amount of people overwhelm me and I can't focus on my experience.

LeVar Battle, contributor, Denver Off The Wagon: Now that's a secret I'll never tell. All of our restaurants deserve their chance to shine. As leaders in a part of this industry, Denver Off The Wagon focuses on regaling those that support eating and imbibing in this wonderful city we live in.

Heidi McGuire, former Metromix Entertainment Host for 9News and currently the owner of 321 Media Productions: Watercourse Foods--Not even the most porous tofu can sop up the attitude in that place.

Vanessa Barcus, owner of Goldyn: None.

Ruth Tobias, author of The Food Lover's Guide to Denver & Boulder and the Denveater food blog: There are places that I skip just because of the headache of getting a table, but I haven't noticed any downhill slides in quality anywhere.

Penny Parker, columnist at Black Tie Colorado, formerly of the Denver Post: Even though I think Pinche Tacos is a fantastic restaurant, I went once and never went back. Too hard to get into and too hard to park.

Elaine St. Louis, art director, Colorado Homes & Lifestyles: Pete's University Cafe. We used to go for breakfast, but have not had very happy meals, so "off the table" as it were...