Why Rioja Server Neil Maxwell is a True Pro

Share All sharing options for: Why Rioja Server Neil Maxwell is a True Pro 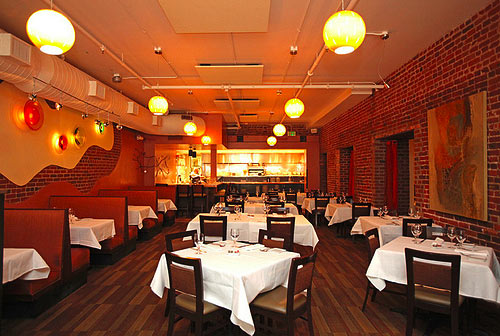 As a restaurant consultant and publicist in Denver for over 20 years, I've run into a lot of great waiters, but never one who showed up in as many different stops as Neil Maxwell. We worked together at Piatti in Cherry Creek North and Denver Buffalo Company on Lincoln Street before he moved onto Sambuca just off Larimer. When I helped open Rioja in November 2004, there was his familiar face in the crowd of trainees.

The talent pool for experienced and passionate servers is stretched thin as we open scores of creative restaurants in Denver. Having said that, I get great service almost everywhere I go in the Mile High City. So why pick Neil out of the scores of waitrons that have put up with my Champagne sipping vegetarian quirks? First and foremost, Neil is a pro, a true restaurant service professional, something that's getting tougher and tougher to find in this age of servers who pick temporary jobs over careers in the service business. Even though we've worked together for nearly 20 years and run into each other at Costco on an occasional Saturday afternoon, Neil knows when to be there and when to disappear when I'm entertaining guests at Rioja. He can read the table like no other and that's why his station is the most requested by regulars at the stylish and popular Larimer Square eatery.

While the perspiration may flow a little heavier during the hectic pace of Denver Restaurant Week(s) in a highly sought after restaurant like Rioja, Neil buckles down and treats every guest with the respect and attention they deserve. Above and beyond is what it's all about. Not exactly a job-hopper, Maxwell has been a fixture at Rioja since its opening and will celebrate his 8th anniversary with the restaurant in November. You can find him there most nights. Just ask for Neil.