Welcome back to A Pint With, where Eater uncovers and features the city's most interesting beer-brewing talent. This time around Bess Dougherty and Andy Brown, the brewers at Wynkoop Brewing, talk shop. 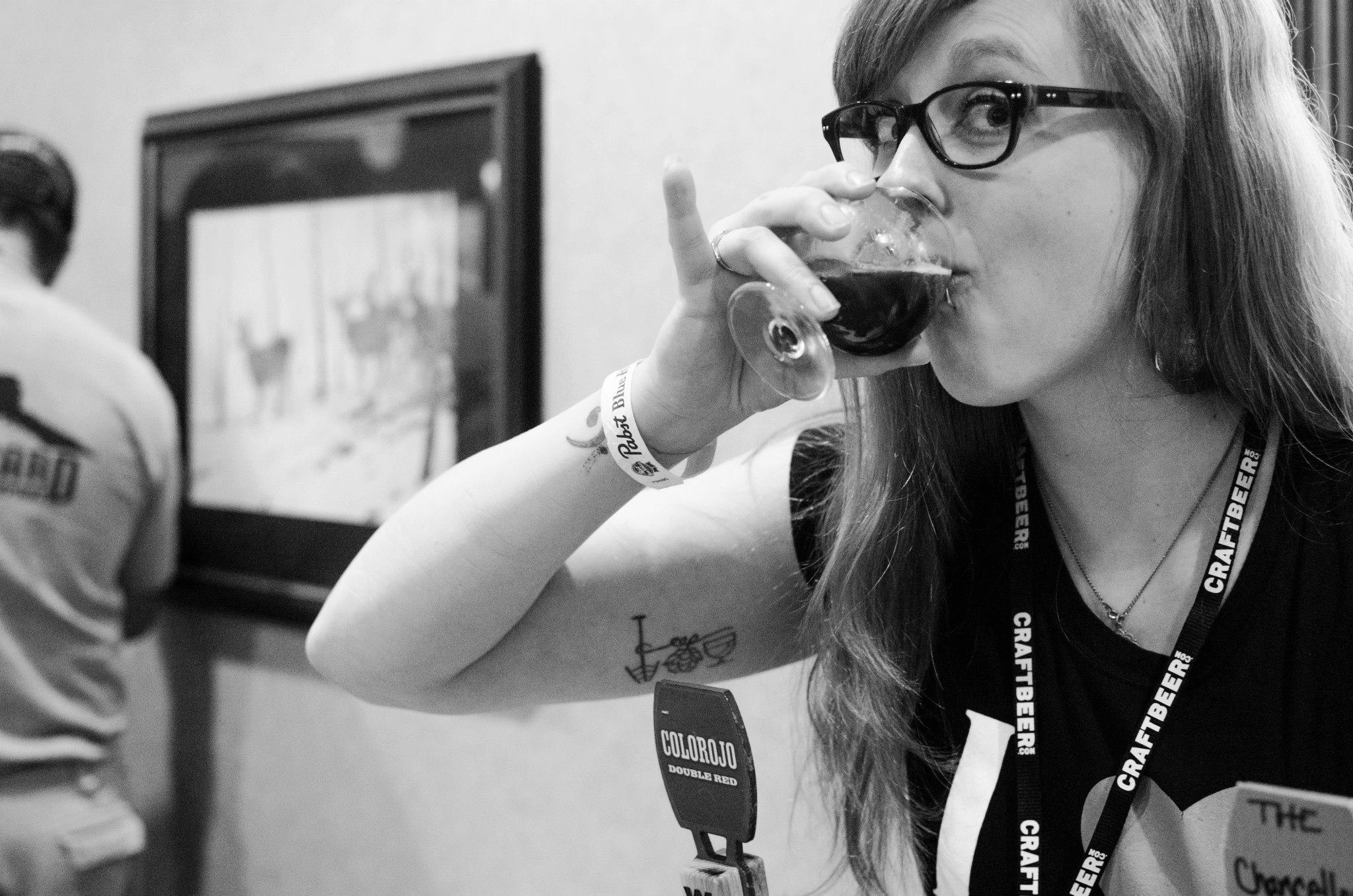 It's safe to say that Bess Dougherty is balsy. The assistant brewer at Wynkoop Brewing Company is not only one of the most firey faces in Denver's craft brewing scene, but she's also making some of the ballsiest beer in town. Literally— Wynkoop's Rocky Mountain Oyster Stout is made with 25 pounds of bull's testicles in every batch.

Dougherty has been at Wynkoop for 17 months of its 25 years. The brewery, Colorado's first brewpub originally founded by Governor Hickenlooper, will celebrate its silver anniversary this weekend.

I think that things are massively changing at Wynkoop," says Dougherty. "There is a sort of reinvention going on right now. These days our standard beers are better than they have been in the past and we are doing more outside-the-box beers."

She's referring to beers like her lager with raspberries and blue gummy bears that she brewed for this year's Beers Made By Walking. "I did an urban crawl around Denver and then made a beer inspired by my walk. I did some research on the Rocky Mountain black bear and its dietary habits, [hence the raspberries]" says Dougherty. "Then I thought to myself, Bess, how could you possibly call this a blue bear beer if there is no blue bear in it? So I hit up Sugarlicious, my candy provider partner in crime, and got some blue gummy bears."

These days, if it's not gummy bears and bull testicles in the batches, it's the funky names of Wynkoop's beers that are getting attention. The Humiliation Lipgloss wet-hopped double IPA, for example, is named after and iPhone autocorrect that turned into an inside joke.

"We could just rest on our laurels as the brewery that started it all, but I don't want to do that," says head brewer Andy Brown history... "I want to keep innovating and push this place to be the place; a requisite trip: If you like beer, then you should come to the Koop."

On any given day, Brown and Dougherty can be found stomping around in their rubber boots in the basement of Wynkoop. Look closely and you'll see the multicolored knee socks that Bess has become notorious for around town. "[They] actually do serve a purpose," she says, though she is admittedly obsessed with garnishing her feet with outlandish accessories. "Brew days tend to get really hot and gross so I like wearing shorts; the knee-high socks prevent boot burn on my legs on shorts days... no one wants boot burn."

Boot burn aside, Dougherty believes that socks bring good juju to the beer. "I plan my socks based on what beer I am making," she says proudly. [On harder brews] I usually unicorn socks because the unicorn magic helps with run off. I believe that socks and music choice have an influence one the brew day and the beer."

Dougherty's fellow brewer Brown couldn't agree more. "I try to think of what song a beer would be. And I don't know a song by the Rolling Stones like Brown Sugar might be a nice English brown ale. Or our peach wheat beer is kind of like a pop hit by Adelle or something like that. Our Imperial Stout would probably be like Norwegian metal music, heavy metal."

What began as the quintessential brewpub became Denver's classic pool hall. Now the brewers at Wynkoop are bringing this Denver institution up to speed with the city's dynamic, culinary inspired craft brewing scene. The beers might be changing, but 25 years later Wynkoop shows no signs of stopping.