This week, Eater celebrates not only cocktails but those who make them possible, the bartenders. Last year, a similar feature spotlighted eleven of Denver's bartenders who run some of the most successful bar and cocktail programs in town. Among them were Sean Kenyon of Williams & Graham, Randy and Ryan Layman of Ace and Steubens, Mike Henderson of Linger and RootDown, Bryan Dayton of Oak at Fourteenth and Acorn, Kevin Burke of Colt & Gray, and Adam Hodak of the Green Russell. This year, twelve new bartenders get the spotlight. The first four were profiled on Tuesday and another four yesterday. Now we turn to Glenn Pollak of Oak at Fourteenth, Eryn Henderson of RootDown, Parker Ramey, formerly of Trillium, and Christina Andrews of the Green Russell. They dished on all from first bar jobs to favorite smells, dream jobs, and things guests would never guess about them. 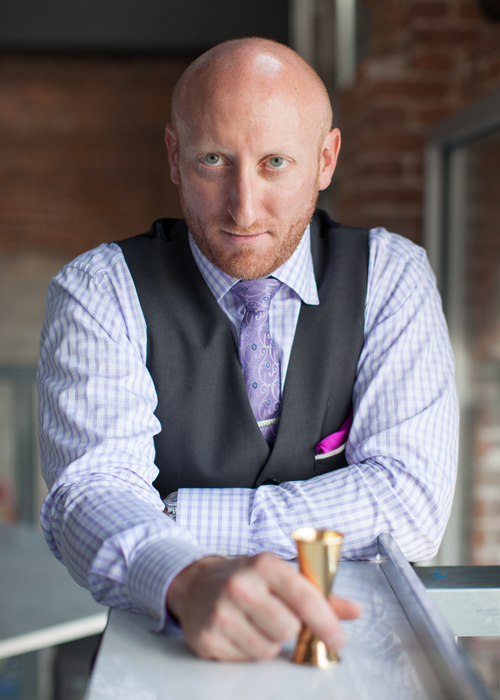 Name: GLENN LOUIS POLLAK
Where From: Colorado Springs, CO by way of Chicago, IL
Behind The Bar At: Oak at Fourteenth
First Bar Job: The Foundry, Boulder, CO
Favorite Cocktail: A shot of mescal (or a 50/50 sazerac)
Last Cocktail Before You Die: The one that kills me
Favorite Smell: Napalm in the morning
How Many Rings Before You Answer The Phone: Does anyone call anyone anymore?
Worst Feeling In The World: The burden of such devastating good looks
If You Could Have Any Job, What Would It Be?: Superman
What's On Your Computer Screensaver?: You've got to be kidding me?
Is The Glass Half Empty Or Half Full? The glass is to damn big.
Guests Would Never Guess That You...: Can't turn left.
Name a Rising Star Bartender in Denver:: Tre Gerbitz. Find him! 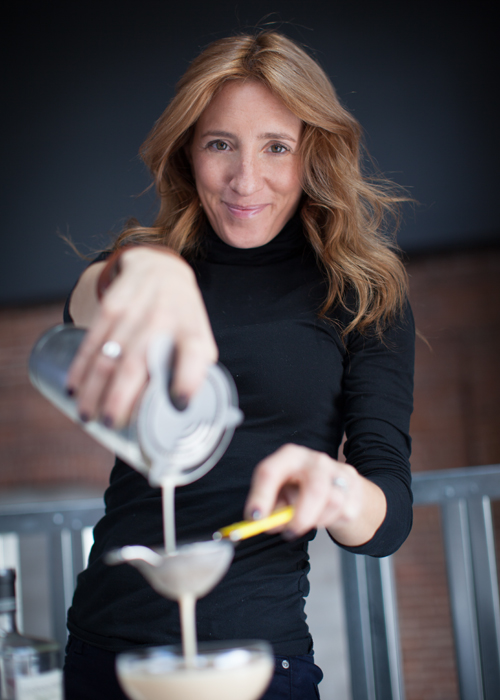 Name: ERYN HENDERSON
Where From: Pittsburgh, PA
Behind The Bar At: Root Down
First Bar Job: Shadyside Saloon, Pittsburgh, PA
Favorite Cocktail: Right now I'm on a Blood and Sand kick
Last Cocktail Before You Die: Doesn't matter as long as it's with friends.
Favorite Smell: it's an artificial smell, but when you are walking down the street and someone is doing laundry and the scent from their dryer is coming through the vent....
How Many Rings Before You Answer The Phone: Depends on what I'm doing when the phone rings and who is calling. I will usually answer if I can.
Worst Feeling In The World: The loss of a pet. Devastating!
If You Could Have Any Job, What Would It Be? In real life, I actually have the job I want. I really feel at home at Root Down. My fantasy job would be an Elephant trainer.
What's On Your Computer Screensaver? my puppies, Gibby and Mason
Is The Glass Half Empty Or Half Full? Full.
Guests Would Never Guess That You...: Don't really drink cocktails. i'm a jamo neat kinda girl.
Name a Rising Star Bartender in Denver:: Cynthia Mawe 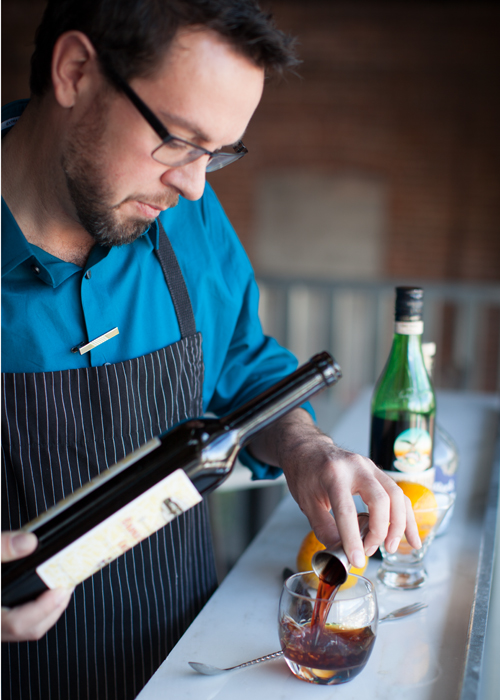 Where From: Denver, born and raised.
Behind The Bar At: free agent, recently left Trillium
First Bar JobRioja (don't tell Beth...)
Favorite CocktailFernet Branca. Does that work? Too cliché? How about a Negroni, sub Fernet for Campari?
Last Cocktail Before You Die: Weller Bourbon and Coke with my mother.
Favorite Smell: Biscoxitos and Farrolitos on Christmas Eve in Taos when I was 6.
How Many Rings Before You Answer The Phone: All of them... Ask my friends.
Worst Feeling In The World: That moment when you could have been a better friend, and then slept in.
If You Could Have Any Job, What Would It Be?: Art Museum curator.
What's On Your Computer Screensaver?: Flying Toasters, of course... This is 1994, right?
Is The Glass Half Empty Or Half Full? Being filled, I suppose...
Guests Would Never Guess That You...: Are a big fan of '00 top 40's music... Britney Spears, Lady Gaga, Justin Timberlake, Rhianna, you name it... I shouldn't have said that...
Name a Rising Star Bartender in Denver:: Miss Lois Heyse, who was a constant inspiration for me behind the bar. Her palate for nuance is one of the best I've worked with. 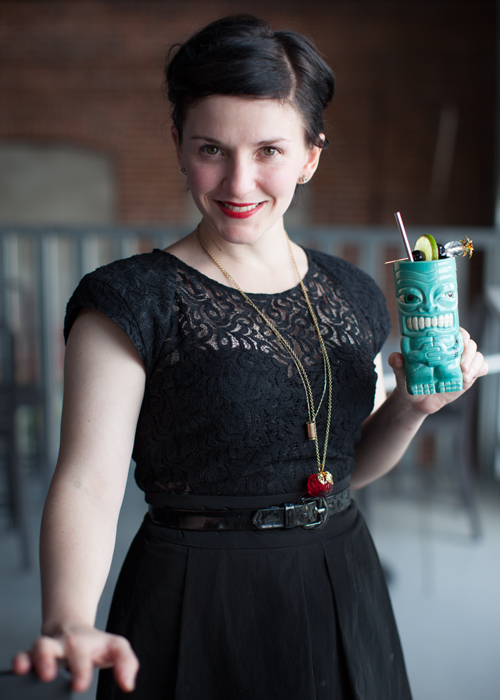 Name: CHRISTINA ANDREWS
Where From: Philadelphia/NYC
Behind The Bar At: Green Russell
First Bar Job: Huckleberry Bar, Brooklyn. I was helping Greg Boehm build Cocktail Kingdom and wanted to better understand our market. I started working at the bar in secret, because I like to have one big secret at any given time.
Favorite Cocktail: Jungle Bird
Last Cocktail Before You Die: El Dorado Single Barrel ICBU Daiquiri
Favorite Smell: Tie: Wet Asphalt in Summer, Bonfires in Fall
How Many Rings Before You Answer The Phone: I don't. I am well-known for my fear of telephones.
Worst Feeling In The World: Heartbreak, Foot Pain.
If You Could Have Any Job, What Would It Be? I've always had an obsession with Bed & Breakfasts.
What's On Your Computer Screensaver? The artwork from Scary Stories to Tell in the Dark.
Is The Glass Half Empty Or Half Full? I need a new glass.
Guests Would Never Guess That You...: Can't drive. Nor will I learn. I lack valuable stopping skills. I prefer roller rinks where crashing is an acceptable way to break.
Name a Rising Star Bartender in Denver:: Holland Evan Rock-Garden of Hi-Dive, Green Russell and the soon to be opened Roosevelt.