Rarely has the announcement of a new restaurant stirred such a fuss in a neighborhood. When the Matador announced its new outpost on the corner of 32nd and Lowell, neighbors, some self-identified as part of the Highland Mommies, threatened to take the restaurant down. As details on the Seattle-based venture emerged, some still seemed bothered by both the concept -Mexican food on a street that already has El Camino, Pinche Tacos, and Chipotle- and the design, a dark and ornate scheme that highlights ornamental skulls and more.

Owners Nate Opper and Zak Melang charged on and tomorrow, they will unveil a space that feels warm and inviting, a drink list that promises to improve any mood, and a large food menu with enough unique dishes to complement what already exists in the neighborhood. "We looked for the right space in Denver for six years," Melang says, "and when this space became available, we knew it was the right one. We love this neighborhood and the historic building located on a corner with good foot traffic," he adds.

The space, former home of the original Heidi's Deli, is now a 3,000 square foot softly lit restaurant that offers extensive bar seating, communal tables around a bar-height fire place, booths and other table seating. Over 100 guests can enjoy a showcase collection of over 100 superior tequilas, a crafted cocktail menu, and an extensive food selection created by chef Franck Forbeau.

Editor markup for Matador. This is only visible in the story editor.

Designed by Zak Melang, a musician and veteran of the restaurant industry, the restaurant showcases local reclaimed barnwood, handcrafted inlaid tables, collected vintage lighting, ornate metalwork, an interior fire pit, and Mexican hacienda inspired décor. Lighting accumulated from northwest antique markets and artifacts collected from frequent trips to Mexico were added to the space alongside a collection of decorative skulls created by Colorado artists. Among the artists are Taylor Spradling, Victoria Ross Patti, and Isaac Lucero. The skulls will go on sale opening day with starting bid at $500 through an online auction. The auction will run through the end of the year and winners have the option of keeping the skull at the restaurant with their name on a plaque beneath the skull. All profits will go to Conflict Center in NW Denver.

Below are the menus for the Matador. 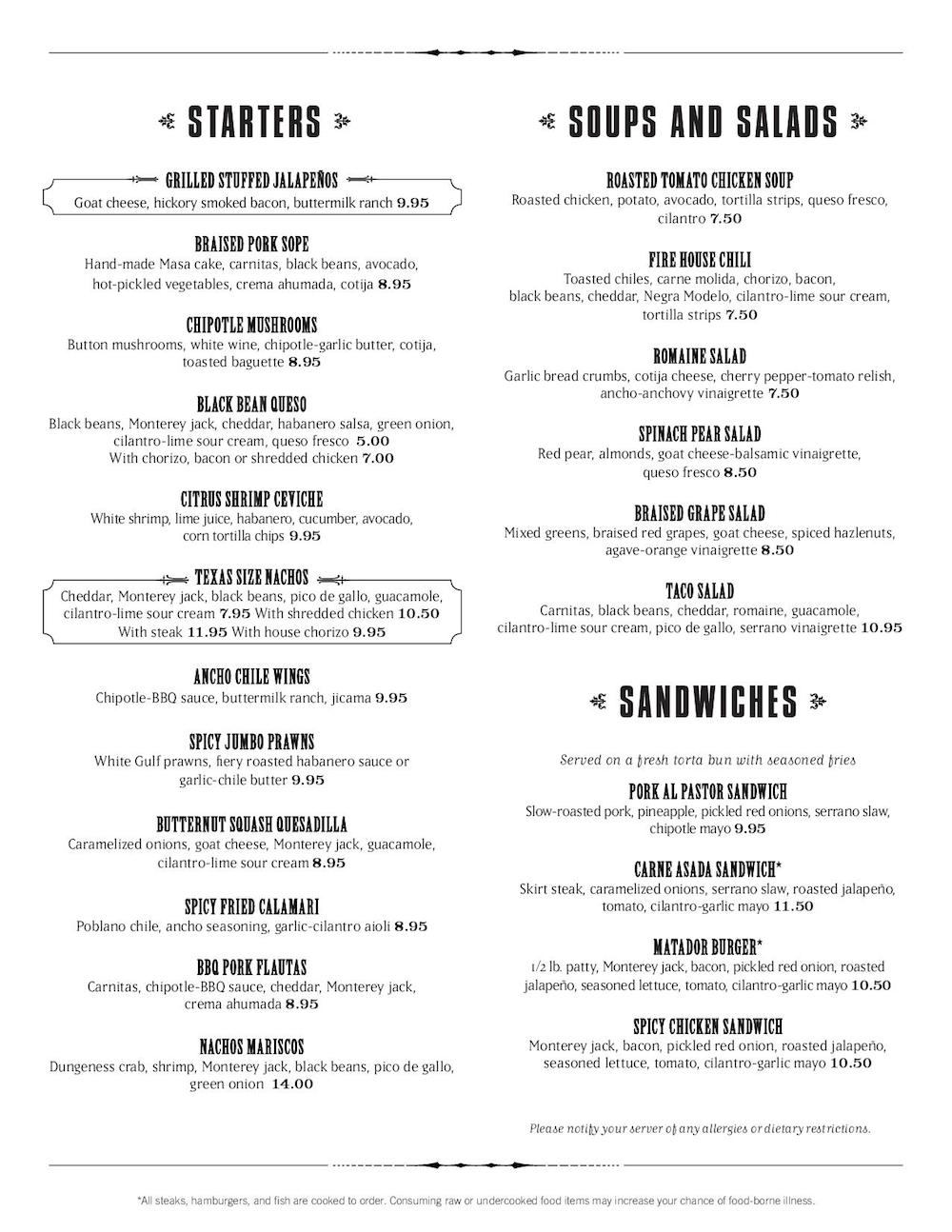 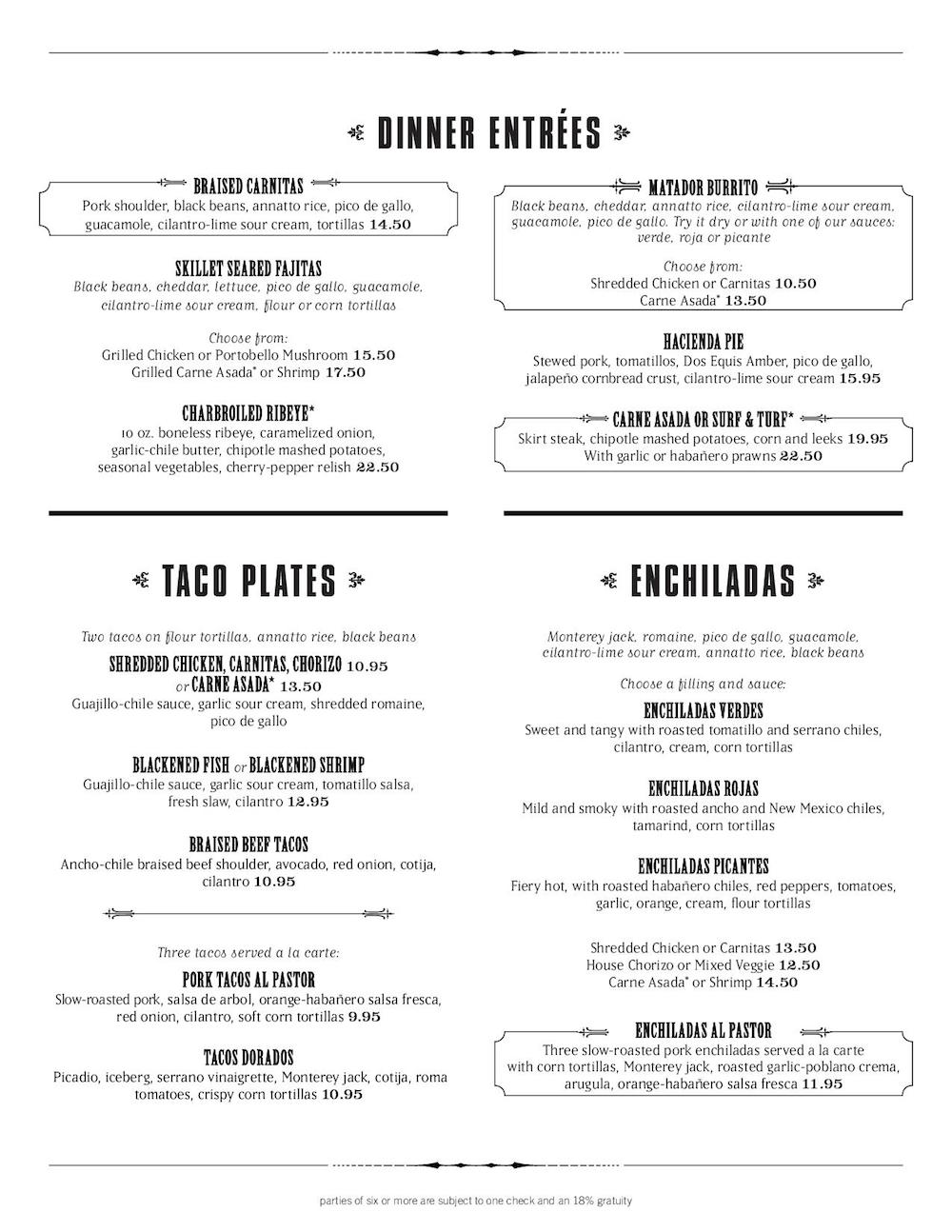 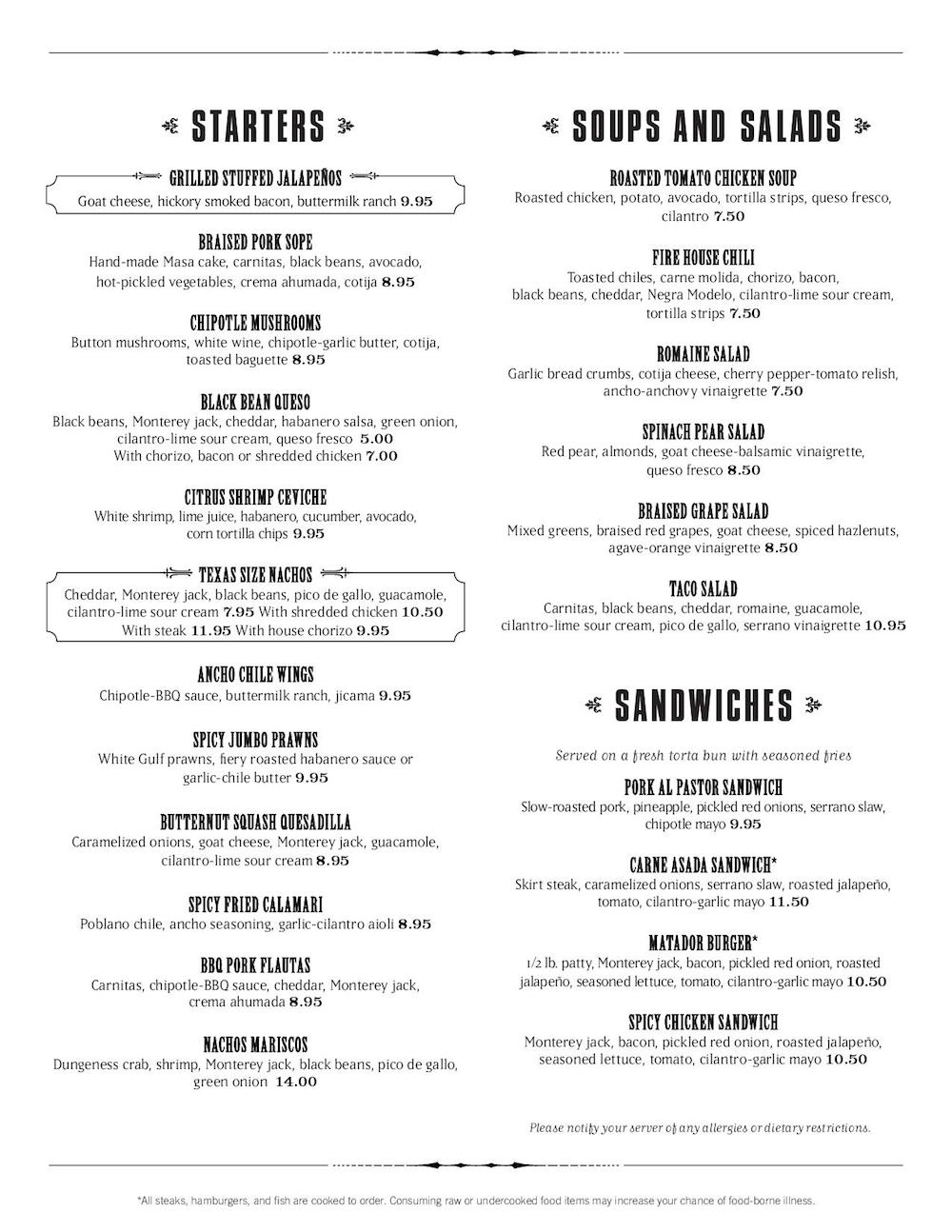 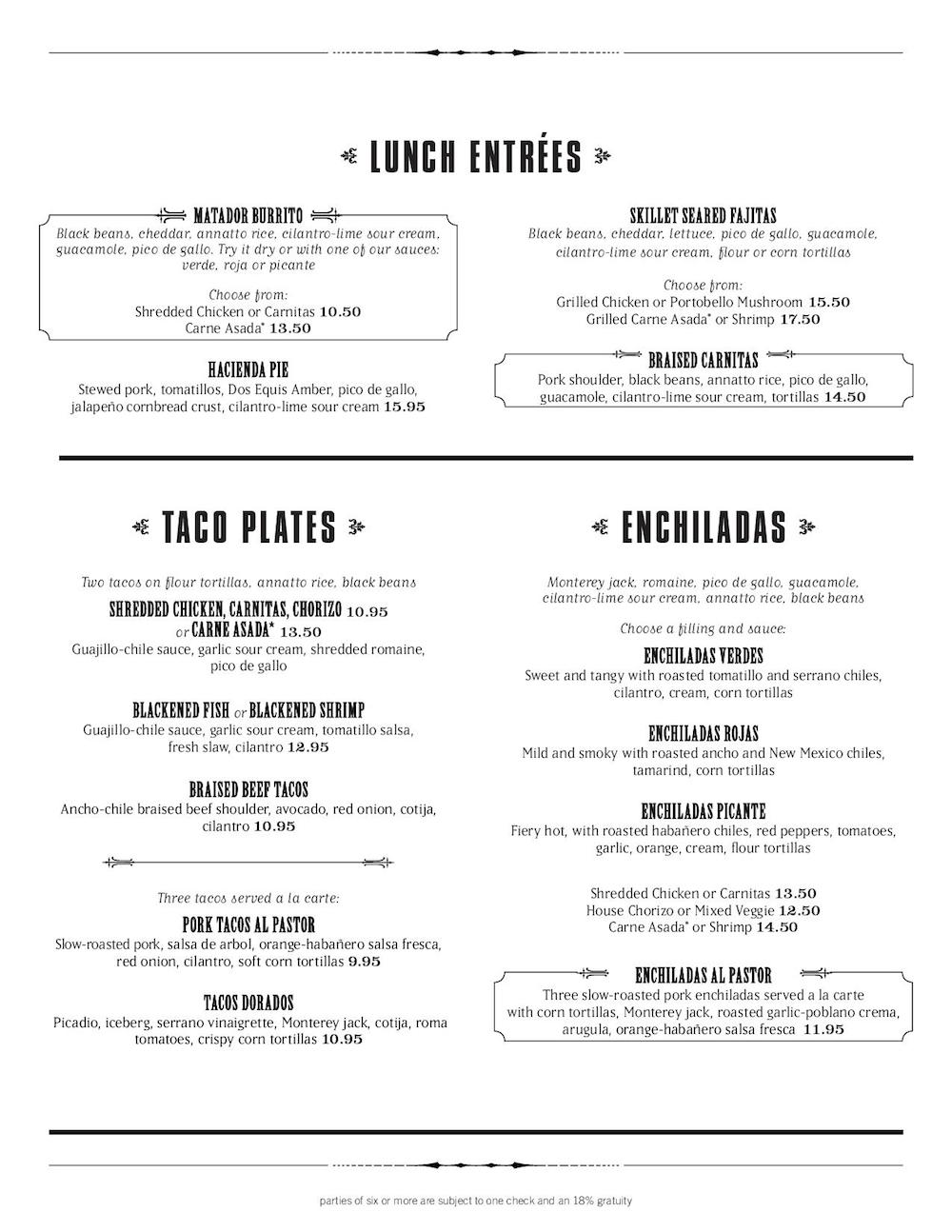 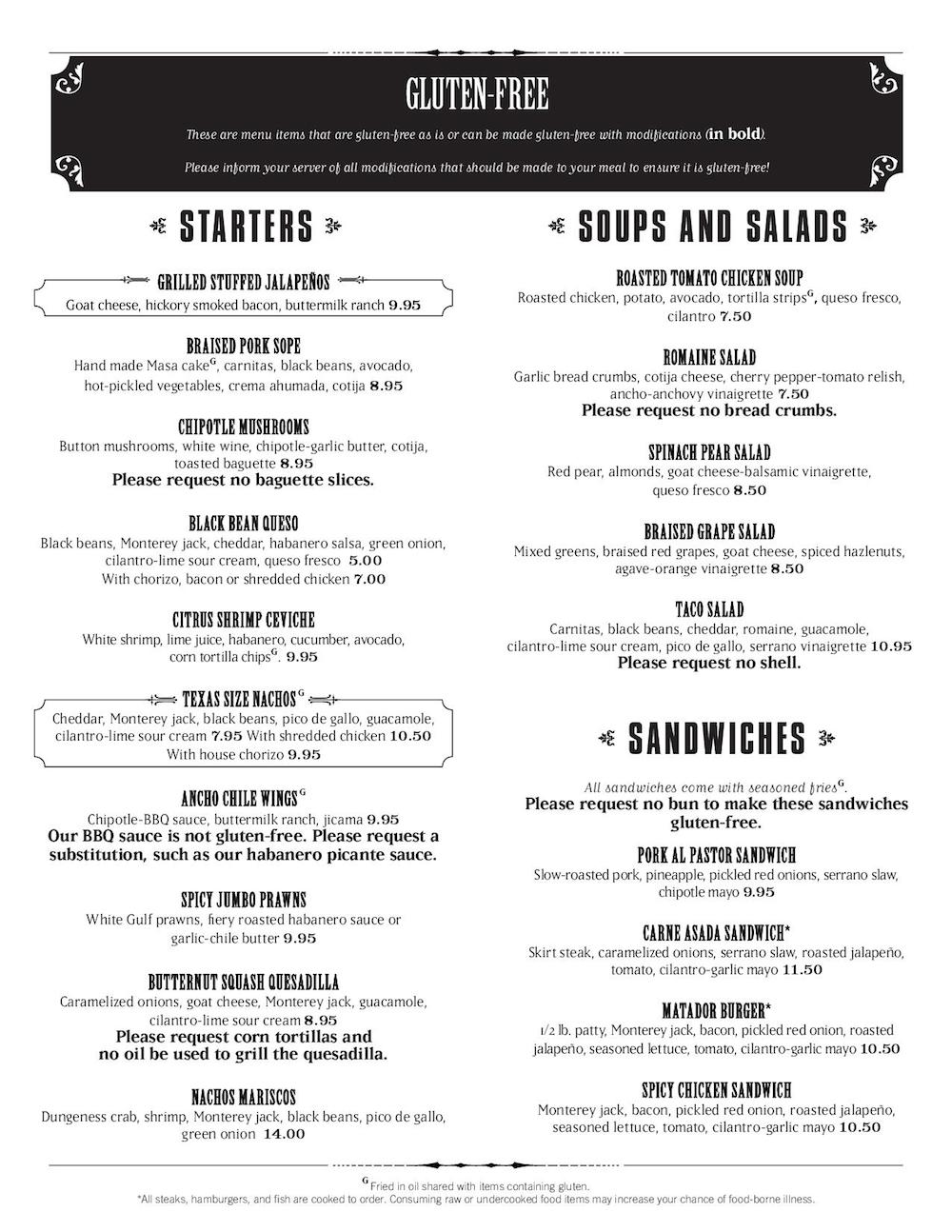 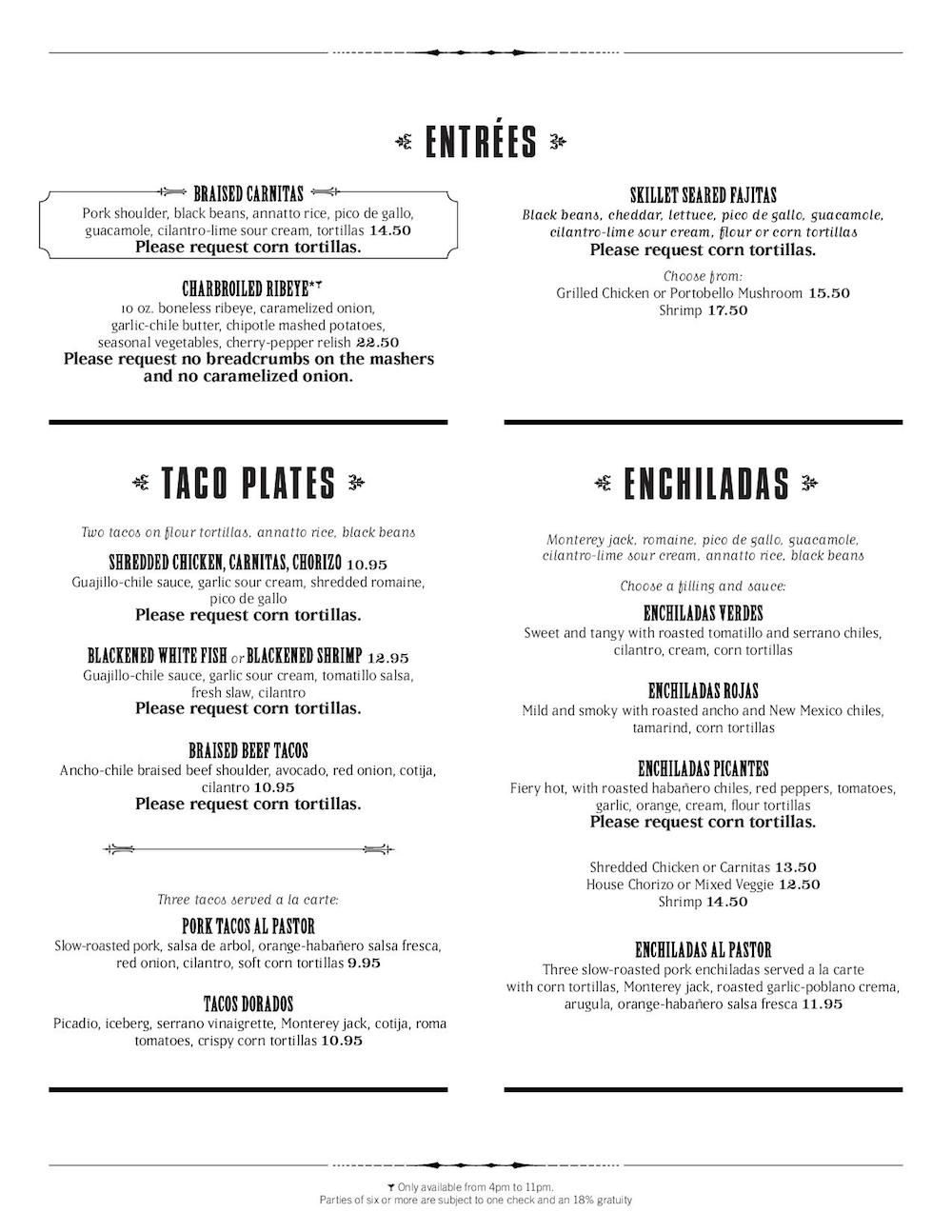