On the House is Eater's column that goes behind the scenes of the restaurant business, written by the owners, operators, chefs and others in the hospitality industry who make our favorite establishments tick. Today, chef Thomas Salamunovich talks about Larkburger's fine dining roots, and how menu development is like parenting. 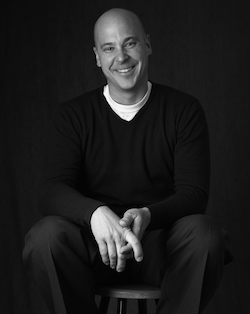 Those of us who aren't in the construction industry probably don't think much about the process of building a bridge; we just drive over it. And we generally don't take much time to consider the software in a cell phone or the engineering behind a skyscraper. We just call with them, work in them. Unless we're directly involved in the creation of something— a consumer product, a building, a brand— we don't think much about the work behind it.

When you think of Larkburger, I hope you think of our burgers, French fries, salads, or our gluten free buns. Maybe you think about our environmental initiatives or your weekend milkshakes.

And all of those are a part of who Larkburger is. But what you might not think about is the behind-the-scenes work we do at Larkburger. Every Larkburger menu item is in a constant state of evolution.

Before we opened our first location in 2006, we spent a lot of time developing menu items. We wanted to have a firm grasp on what we would need from a Larkburger kitchen, and what kind of cooking methods we would use, before we actually built it.

And then we opened, but that in no way meant we'd settled on our menu. Our quest for the best French fry, for example, was long and is still ongoing. One test kitchen experiment yielded the ideal golden crisp French fry after water blanching, oil blanching, blast chilling and finally frying again and finishing with sea salt.

But we decided that we had just created a commercial frozen French fry and it had no soul, no joie de vivre.  It was something you could get anywhere. So we worked and reworked it, holding blind and double-blind taste tests until we landed on our current French Fry and Truffle & Parmesan Fries. We have spent years learning how to speak potato, and we're still not totally fluent yet.

Developing a strong culinary program is like parenting: once you begin, you never stop caring. The relationship is permanent. Like a child, a product goes through challenges.The evolution of a "baby," in our case, each of our menu items, is constant. We start with an idea. Sometimes it takes a long time to come to fruition, and sometimes the end result is nothing like we expected it to be.

We take care to parent each ingredient that passes through the kitchen. For example, ripe tomatoes are the juiciest and best burger topper, but when an order of tomatoes comes in, most of them aren't ripe enough for our standards. Instead of cutting them up and putting them on the burger anyway, we ripen them in-restaurant for however long it takes. Then we pick and choose the ones we think are perfect and leave the rest. Our salads, too, were in development for months before finally making it to the menu.
And we don't stop at our ingredients.

Larkburger has fine dining roots; the Larkburger was the most popular item on the menu at my restaurant in Larkspur. That's why last spring we brought several Larkburger managers and cooks to Vail to train under Larkspur chefs. The team spent two days cooking, eventually creating an 8-course tasting menu. We talked about how to set up a station and learned proper knife skills and the concept of tout à sa place – "everything in its place". The team practiced fine-dining concepts such as big pot blanching. Now, our team incorporates techniques from a 3-star Michelin restaurant into the way meals are prepared at Larkburger.

Larkburger is a fast-casual concept, but we want the essence of a high-dining experience to be a part of every guest's meal at Larkburger, and that experience starts with the members of the Larkburger team who are crafting each item that goes out of the kitchen.

Like many restaurants, we're constantly refining the burger, tweaking sauces, fine-tuning our salads. We put in time creating a memorable marriage of ingredients. When we hand what we've prepared to our guest, it's done and ready for that diner to enjoy. But none of our menu selections are ever done for us.