Share All sharing options for: John Broening of Spuntino on Originality and Copyrights in the Food Business

On the House is Eater's column that goes behind the scenes of the restaurant business, written by the owners, operators, chefs and others who make our favorite establishments tick. Today, John Broening, chef, writer, and co-owner of Spuntino, shares his thoughts on food and cooking copyrights and protecting originality in the restaurant world. 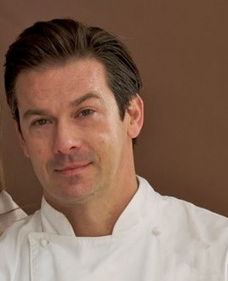 If you've ever been to the original Momofuku Noodle Bar in New York, what you experience when you walk into Uncle on 32nd Avenue in Denver is a strong sense of déjà vu. There's the same façade, lots of windows with minimal exterior signage. Inside you notice the same abundance of blond wood, the same square, uncomfortable chairs, tables and benches. As in Momofuku, an open kitchen with counter seating runs along the length of one wall. (Full disclosure: I own a restaurant in the same neighborhood as Uncle.).

Sit down and you'll notice they use the same stubby squeeze bottles for sauces you find at Momofuku and they also keep wooden chopsticks in cocktail shakers. Like Momofuku, the menu is a small, thick piece of paper, roughly divided into small plates and bowls.

Order Uncle's signature dish, the steamed buns with pork belly (which is also Momofuku's signature dish, where it has arguably become the most talked-about dish of the last ten years), and you get a dish that's indistinguishable from the original prototype: soft, sweet bun, tender glazed pork, thinly sliced, lightly pickled Japanese cucumbers, squirt of hoisin. Order any one of the bowls with rice and garnishes or noodles, garnishes and broth and you'll see the resemblance as well: at Uncle they sous-vide their poached eggs just like they do at Momofuku.

When I talked to Uncle's chef-owner, he acknowledged to be 'loosely inspired 'by Momofuku, and to his credit there are a number of tasty dishes on Uncle's menu that are original. But still -

How is originality protected in the food business? Contrast the food business with, say, the music business. In the music business, if you write a song, then copyright it, somebody has to pay you, and/or your publishing company every time they play it or perform it in public. Even if you don't copyright your song, you can successfully sue someone if you can convince a judge or jury that they ripped off your work.
Look at a song like Happy Birthday to You. Written in 1893, it is as basic as mashed potatoes: 4 bars, no rhythmic diversity, no chromatic notes, the climactic phrase in the third bar as in every other well-made song. But every time somebody plays Happy Birthday in a movie, TV show, or any large public gathering, then the owners of the copyright to Happy Birthday get a royalty.

Imagine if you were the inventor of, say, mashed potatoes, and every time somebody put mashed potatoes on their menu, they had to pay you. You'd be pretty rich, wouldn't you? When it comes to food, the law extends minimal protection to original work, and that protection applies mostly to trademarked names and the wording of recipes. For example, if I own a restaurant, I can serve a dish of pancakes garnished with a ball of fake butter, sausage and bacon and eggs no problem, but if I call it a Grand Slam Breakfast, then I will probably get a cease-and-desist letter from Denny' s lawyers.

This is the realm of what is known in the law as intellectual property and chefs are generally not on firm ground here when they try to copyright their inventions. For example, David Burke , the chef/ entrepreneur, discovered that he could make a swordfish 'chop' from the fishes' collar and the adjoining piece of meat. Burke trademarked the swordfish chop but later dropped the copyright because so many chefs were using his discovery without attribution. A few years ago, Rebecca Charles, the owner of Pearl's Oyster Bar in New York, sued her former sous chef, Ed McFarland, when he opened a restaurant with a similar menu and look to Pearl's. The case was settled out of court.

In the world of industrial food production, where the stakes are higher and proprietary information is more valuable and closely guarded, extensive and ironclad non-disclosure and non-compete agreements are routine. The way information flows in the food world has long resembled the way it is disseminated on the internet: recipes, techniques and ideas tend to be copied down and passed around liberally and without compensation or even attribution. For example, in the summer of 2011, when I was the chef of Olivea , I put a dish of heritage pork loin with sweet corn polenta and pickled cherries on my menu. Did I invent this combination? Probably, though I can't be sure. Did I invent any of the individual components? Certainly not. But I was still a little pissed when I ate at a Denver restaurant in the summer of 2012 and found the very same dish on their menu. Is what the chef did illegal? Of course not. Is it sneaky and a little unprofessional? I guess you could say that.

There is very little originality in food, but chefs tend to believe that you can't just take somebody else's dish and pass it off as your own -- you have to change it around a little bit. There are exceptions: with traditional food, much of the effort goes into to reproducing the food exactly as it's served in its original setting: the same Tonnarelli a Cacio I Pepe that you would eat in Sant' Angelo, for example. In intellectual property law, this has a counterpart in the public domain, where you find , for example, uncopyrighted items like folk songs or the King James bible.

How you feel about the sanctity of ideas and recipes in the food world can depend on your position: for example, my wife is a pastry chef, whose own recipes are based upon years of trial and experimentation, and she tends to be less free with recipes and ideas than I am. There are no easy answers to these questions, and I'm not suggesting chefs should be able to copyright their dishes: imagine, for example, if every time you put your restaurant menu together, you had to pay an intellectual property attorney $400 an hour to vet it. But it's something worth thinking about.