Central Bistro & Bar Turned One: Owner Isiah Salazar Dishes on the Hurdles and Rewards of the Last 12 Months

Share All sharing options for: Central Bistro & Bar Turned One: Owner Isiah Salazar Dishes on the Hurdles and Rewards of the Last 12 Months 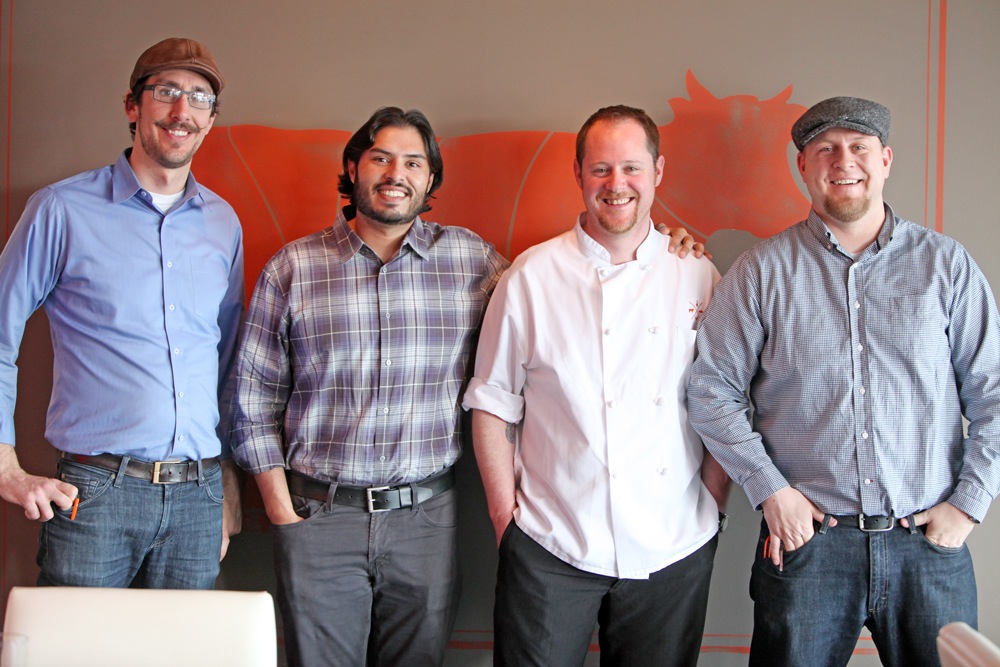 A year ago today, Central Bistro & Bar opened its doors in LoHi with great hopes of becoming a neighborhood bar that offered simple but thoughtful American food, an attractive bar program, and great views of the city. The last twelve months have been both rewarding and trying for owner Isiah Salazar who experienced a public break-up with his opening chef, a burglary break-in where bottles upon bottles of liquor were stolen, and a street where seemingly never-ending construction made business more difficult. Eater chatted with Salazar about the challenges and rewards that came with opening Central Bistro & Bar.

How long have you planned Central before it was actually open? Probably since '05 or '06. My family has owned the propert that Central is located on since early 2000's and I've always had aspirations to open a restaurant here with the views. Most downtown restaurants have views of the mountains or parts of downtown, but from Central Street we have one of the best skyline-to-skyline views framed around Union Station, which looks beautiful at night and unforgettable with fireworks on holidays.

Were there snags in the construction that caused delays in the opening? Just like any other construction project or development, there are always delays and snags with subcontractors or materials, but the hardest to overcome always seems to be scheduling and meeting with the city inspectors. When we were trying to get Central open, we didn't get the sign offs for our liquor license until 3 p.m. on a Friday and I had to race down to the City and County Building and pick up the actual license right before they closed at 4 p.m. I had to take a picture as soon has I had the license in hand and send it to Seth, our general manager, so we could get our deliveries in time for our soft openings.

What do you remember from the first week of being in business - how was it finally being open for business? It felt like such a huge accomplishment for myself and family, and it was, but I didn't personally feel relieved until 10 days after the opening, when I married my wife in Vail. I was finally able to take a deep breath and enjoy the reality of owning and operating a restaurant after our wedding. I wouldn't recommend planning your first restaurant opening and your wedding in the same month.

What was the best thing that happened at Central in the last 12 months? We have had lot of great things happen in the last 12 months including being able to enjoy our patio season from the beginning of spring this year. But one of the best things was finally getting the kitchen to really click on all cylinders together once we got chef Gerard, Jason, our sous chef, and Danielle, our new pastry chef. All three of them, along with the rest of the team we have in the kitchen, have been great to see work together and most importantly grow together.

What about the worst or hardest to deal with in the last year? The reason I dislike the development business is the same reason I like it - dealing with the unexpected and problem solving. You never know when your walk-in cooler or vital piece of equipment will stop working, or when you'll have some punk kids throw a large rock through your window and steal your booze. It's always difficult to deal with the major challenges, but also rewarding to come up with the solutions.

What was the biggest surprise of the last 12 months? The biggest surprise has been dealing with the totally unexpected CDOT construction right in front of the restaurant on Central Street, just as the weather was turning warm. They've been tearing up the streets in front of Central Bistro for a couple of months now and it's difficult as a business, but it's also going to make the area better for pedestrians in the long term. I know its just our growing pains and it's been hard to deal with the dust and noise, but now that all the work is coming to an end on Central Street and the pedestrian bike path, it will be great to enjoy and get the parking spaces right outside back too.

If you were to start over now, what would you change about the restaurant you opened? I would have made the bar area larger and I would have added some kind of garage windows or wall windows in the dining room to open the whole restaurant up when the weather is good. Denver diners love to be outside and eat... and a solution may not be too far in the future.

How did Central evolve in the last 12 months? We've tweaked the menu to be more approachable over time and focus on wowing our diners with dishes that are both familiar and surprising. We recently introduced the daily menu which gives the kitchen the ability to play with seasonal items or tinker with a menu item before it makes it onto the dinner or lunch menu. We also evolved our bar and, specifically, our whiskey program, to feature Whiskey Wednesday tastings, pairing dinners and special events. We're an upscale American neighborhood bistro and bar, so an Americana spirit like whiskey fits perfectly into our culinary culture.

How did the bar and wine program evolve since opening? We continue to carry almost all domestic wines but are now working on a small "Passport Wine Menu" where Seth will have the ability to focus on some classic Old World wines from different regions in Europe. Also, the evolution of our whiskey program and bottle club has been great and very well received. A bunch of our regular customers have joined our bottle club and love that when they come in, they get to have their bottle brought to the table for their guests to share, and they get discounted food while sipping off their own bottle of Bourbon or whiskey.

How did your team - staff- evolve and change from the opening date? The change from Lance Barto to Gerard Strong was something that evolved over time but Gerard and I have always had a great relationship and from the beginning he had a huge influence on the menus. I knew I had something special with Gerard and wanted him in my kitchen right from the start. I'm so pleased to see how he's taken over as a leader, mentor and friend to his staff.

It's been great to get to know my general manger, Seth Murty, who's been in Denver and the industry for so long, and who I now call a very close friend. Our servers and bussers, prep cooks and kitchen staff, have all evolved into different positions throughout the restaurant. One of my oldest friends from my childhood - BJ Secord - is my favorite story. He started out as a server when we opened and has been promoted to assistant general manager, so we get to work together almost every day.

What are you most proud of at Central? I am most proud of the place that the staff has created. Yes, the food is fantastic, and everyone loves the "HOT" sign and the eclectic decor, but the people are what I'm most proud of. I'm happy to have made it through our first year and to see where and how we evolve with this ever-changing neighborhood in the Lower Highlands. I'm also pretty proud of my wife and family for dealing with me through these last 12 months... And most excited and proud to see what our future holds for us and for my wife and I to raise our soon-to-arrive little one in our restaurant!