The October issue of 5280 Magazine includes the highly anticipated 25 Best Restaurants list. On its fourth year, this list takes the pulse of Denver's restaurant scene and spotlights the best that it has to offer. The list showcases both continuity and change in local dining: ten of the eateries have been on the list every year so far and one of them, Frasca Food and Wine, has remained number one from the beginning.

Eater talked to food editor Amanda Faison about the creation of the list, the absence of the Squeaky Bean, and more. 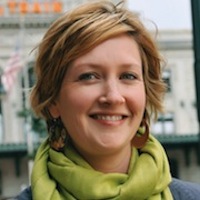 What are the most frequent questions and objections to the list? Many people ask why we include Boulder. My answer is why WOULDN'T we include Boulder. Boulder is an important part of the local restaurant fabric. There's a push and pull that exists between the two cities and the dining scene as a whole benefits from that rivalry (if you can call it that). It only takes 30 minutes to drive from Denver to Boulder, which is the same amount of time it takes to get to Littleton or Lakewood. For the record, no one said a word about me including a Littleton restaurant when Opus was listed a couple years ago. Some wonder how a single list can contain restaurants as different as Frasca and Pinche Tacos (#24 last year). To me, all 25 restaurants leave you with a sense of satisfaction when you finish a meal. That contentment is driven by a certain degree of service, a sense of value (yes, even in an expensive restaurant), and, of course, excellent food.

There is one restaurant that has buzzed all year and yet has not made the final list: the Squeaky Bean. It sounds like the Bean was originally included. When and why did you decide to remove it? The Squeaky Bean was on the list until I received the news that executive chef Max MacKissock, sous chef Blake Edmunds, and maître d' Stephen Gallic were leaving the restaurant. This development came on the heels of bar men Sean Kenyon and Nick Touch leaving. We were about 10 days from going to press and the list was finalized. I spoke with owner Johnny Ballen multiple times, I reached out to Max MacKissock, and I chatted with the new executive chef, Theo Adley, once he was appointed. But, ultimately, the fabric of the Squeaky Bean was changing so dramatically in the kitchen, in the front of the house, and in the bar that I wasn't sure what the restaurant would look like. I didn't make this decision lightly, not only because the Squeaky Bean has been such an important restaurant for Denver, but also because removing it meant shifting the entire list.

How is the Top 25 list conceived? Do you work off the list from last year or start totally fresh? The moment this issue hits newsstands, the slate is wiped clean. As a starting point, I dine at each of the currently listed restaurants and all of the restaurants that land on our "Best New Restaurants" list (March issue). I also make sure to visit any restaurant that was listed in previous years and/or was a contender for this year's list. And, of course, there are the new spots and the old staples that are generating buzz. Each time I dine, I'm always thinking in the direction of this story. That said, the last six to eight weeks of the story's cycle get really intense with dinner after dinner after dinner. Although my decisions are based on a year's worth of reporting and experiences, I pay more attention to the final meals because they are most relevant in creating a list that is a snapshot of the current dining scene.

How old must a restaurant be to be considered for the Top 25? We won't review a restaurant until it's been open three months; I feel that is also a fair amount of time for 25 Best Restaurants. The newest restaurants on this year's list are Beast + Bottle (which opened in March) and Old Major (which opened in February). This rankings were finalized in late August.

Who visits the restaurants when they are considered for this list and how many visits does it take to make a decision? I do all of the dining for this story. It's only fair to restaurants and readers to have one person (and one palate) weighing each experience again another. If I have an off experience or if I feel the meal was skewed (good or bad) for one reason or another, I go back. There are occasions when I might send someone else for a second opinion but that only happens once or twice in an entire cycle.

What criteria do you use when you remove a restaurant from the list from one year to the other? Our local dining scene is vibrant, thrilling, and ever-expanding—this story is about the 25 very best restaurants. If you look at different years lists side by side you can see who didn't make it on. When I dine at a place and I sense that the chef is tired or stagnant that makes it easier not include his/her restaurant. When I go somewhere and I see innovation and forward motion but in a discordant manner, that's a more difficult decision to make. Ultimately, there's only room for 25 and it's my job to pick the very best.

Is there one new-to-the-list restaurant that you are particularly excited about? If a restaurant is on the list, I'm excited about it. These are the 25 restaurants I recommend to friends, coworkers, readers, and out-of-towners.