A Look Back: Ten Biggest Dining and Food Stories of 2013

Share All sharing options for: A Look Back: Ten Biggest Dining and Food Stories of 2013

El Diablo/Sketch Shutter Permanently
It seems like decades ago, but it was only last May when the El Diablo/Sketch-Jesse Morreale saga ended after months of drama and arguments with the City of Denver. The owner of the two now-defunct establishments on South Broadway, Jesse Morreale, went through several temporary closures due to the purported unsafe structure of the building until the City ordered to permanently vacate the premises.

Colorado Scores Two James Beard Awards
On the fourth consecutive nomination for James Beard Foundation Outstanding Wine Service Award, Frasca Food and Wine scored the national title and recognition. At the same ceremony, chef Jennifer Jasinski of Rioja was named the Best Chef in the Southwest Region. The two awards are huge for Colorado. The last time a James Beard award was brought home to Colorado was in 2008 when chef Lachlan Patterson of Frasca was named by the James Beard Foundation the Best Chef in the Southwest Region. 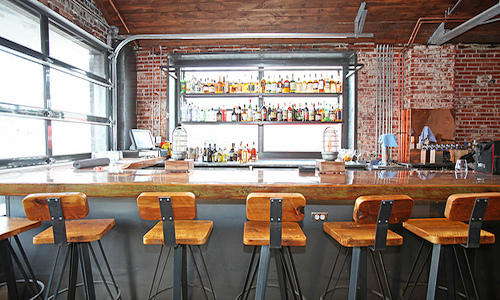 The Old Major: Hot Buzz and Hot Drama
What date to put on the buzz that Old Major created is a tough call. The restaurant opened to sky-high expectations and anticipation in February in LoHi. "Dream team" was a common term for the staff at Old Major in the preview and opening descriptions. After four weeks, the assistant general manager was let go and five more weeks later manager and sommelier Jonathan Greschler had a loud exit when he was fired. The star-studded bar team thinned out from five to one by the end of the year, and a neighborhood street brawl landed chef-owner Justin Brunson and another cook in the hospital. Through what was at times a hot mess, the restaurant received high marks from the Denver Post and 5280 Magazine, and was recognized among the top 50 Best New Restaurants by Bon Appetit. Well-seasoned maitre d' Paul Attardi joined the team, a spectacular dry curing room was built, and Old Major won Restaurant of the Year in the Eater Awards.

Mass Exodus at the Squeaky Bean
Shock and disbelief ensued in the dining community as news that chef Max MacKissock was leaving the Squeaky Bean in August. If 2012 was the year of the Bean, a year in which the LoDo reincarnation of the restaurant won over the hearts of guests and media, 2013 was the year of the mass exodus of staff and rebuilding at the restaurant owned by Johnny Ballen. Although not a mass walk-out, during the timespan of MacKissock's departure, sous chef Blake Edmunds and several other cooks, maitre d' Stephen Gallic, and bartenders Sean Kenyon and Nick Touch also exited.

A New Era at the Bean: Chef Theo Adley Takes Over
In a "now you see it, now you don't" dance, chef Theo Adley, formerly of the Pinyon kept us guessing on whether he would or would not step behind the stove at the Bean when chef MacKissock left. When he finally decided to make the Bean his new home, Adley seemed intent on making some serious but well-planned changes. Over the last few months, he recreated the dinner menu, revamped the brunch menu, and brought in a rockstar kitchen team that includes Samuel McCandless former chef de cuisine at Frasca Food and Wine as well as Sean Katebini-Stengel, Kathy Jeon, Stephanie Franz, all Frasca alums. Should this be a separate story than MacKissock's departure? We say yes: this new team will make a mark on Denver's dining scene.

The Source Opens in RiNo
From the front page of the Denver Post the week it opened to the Biggest Culinary Stories of 2013 by Cafe Society, the Source buzzed since the end of the summer. With two restaurants, an outpost of Longmont-based Comida and Acorn, sister restaurant to Oak at Fourteeth, a nationally acclaimed cultish brewery, Crooked Stave, and a distillery show bar, the CapRock Farm Bar, along with a variety of other tenants including Boxcar Coffee Roasters, Babettes Artisan Breads, and the Proper Pour, this culinary emporium became a destination for Mile High food (and booze) lovers.

The Year of Jen Jasinski
Half way through September, the chef who co-owns Rioja, Bistro Vendome, and Euclid Hall made it to the finale of Bravo TV's Top Chef Masters show. While she did not win the Top Chef Masters title, her presence on the show was strong, gaining her high praises from the judges. The competition aired only three months after Jasinski won a James Beard award for Best Chef in the Southwest Region and three months before she announced her new venture, a seafood-centric restaurant named Stoic & Genuine, opening July 2014 in Union Station. Jasinski was Eater's Chef of the Year for 2013.

Matt Selby Leaves Corner House
The loudest chef shuffle of 2012 was Matt Selby's departure from Vesta Dipping Grill, Steuben's, and Ace. The chef, who spent 15 years alongside restaurateur Josh Wolkon, was ready for a new challenge - Corner House- a new restaurant partially owned by James Iacino of Seattle Fish Company. The Jefferson Park casual eatery kept Selby busy since it opened in January, but this rebound work relationship ended right before Thanksgiving. Since the break-up, Selby has been spotted in the kitchen at Beast + Bottle and Jonesy's but only on a non-permanent basis. The odds are that Denver will hear from him again soon. 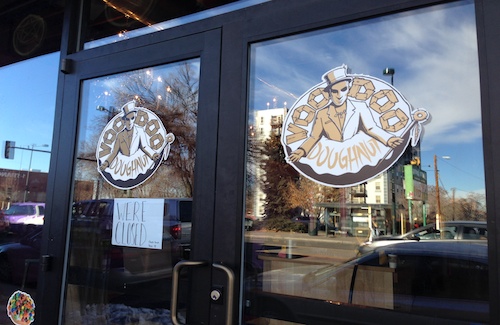 Voodoo Doughnut Opens In Denver
Holy mother of doughnuts, Voodoo made the Mile High City go gaga over its doughy, overly frosted, cultish creations. Lines after lines formed in front of the shop of East Colfax every day since the December 13 soft opening and the craze has not stopped. While the Portland-based irreverent venture co-owned by Kenneth "Cat Daddy" Pogson and Tres Shannon plans a grand opening on January 15, last Saturday, the shop hosted its first wedding. That's right.

Pizzeria Locale Sells Out to Chipotle
One of the worst kept secrets among Denver's dining insiders, the fact that Pizzeria Locale Denver was in bed with Chipotle, was confirmed on December 18. The owners of the original Pizzeria Locale, located next door to sister restaurant Frasca Food and Wine, rolled out the Denver outpost in May in a bare-bones form- no table service, no large wine list, no hostess, no wood burning oven. The stripped down location received its fare share of criticism but the overall feeling at the end of the year was that the pizza was good and affordable. The soon-to-be chain is planning two other Denver area locations this year.

· The 38 Essential Denver Restaurants, January '14 [EDen]
· The Twelve Most Anticipated Openings of 2014 [EDen]