A Preview of Things to Come at ViewHouse 2.0

Share All sharing options for: A Preview of Things to Come at ViewHouse 2.0

Last year, the ViewHouse opened its first location in the Ballpark neighborhood in Denver. By the end of July, the group that owns the joint purchased the iconic (and defunct) Traildust Steakhouse, located at 7101 South Clinton Street in Centennial and announced that it will open a second location there by spring 2014. While the opening has been pushed till the summer, ViewHouse and Roth Sheppard Architects shared some details about the new food and booze emporium.

The remodel will transform the existing building through a west-facing two-story glass, steel and stone addition which will largely conceal the former building. New exterior materials will include metal, steel, stone, wood and glass. Interior spaces will be gutted and remodeled, creating a 16,000-square-foot dining and entertainment environment featuring reclaimed wood, concrete floors, exposed wood trusses and a huge stone fireplace. 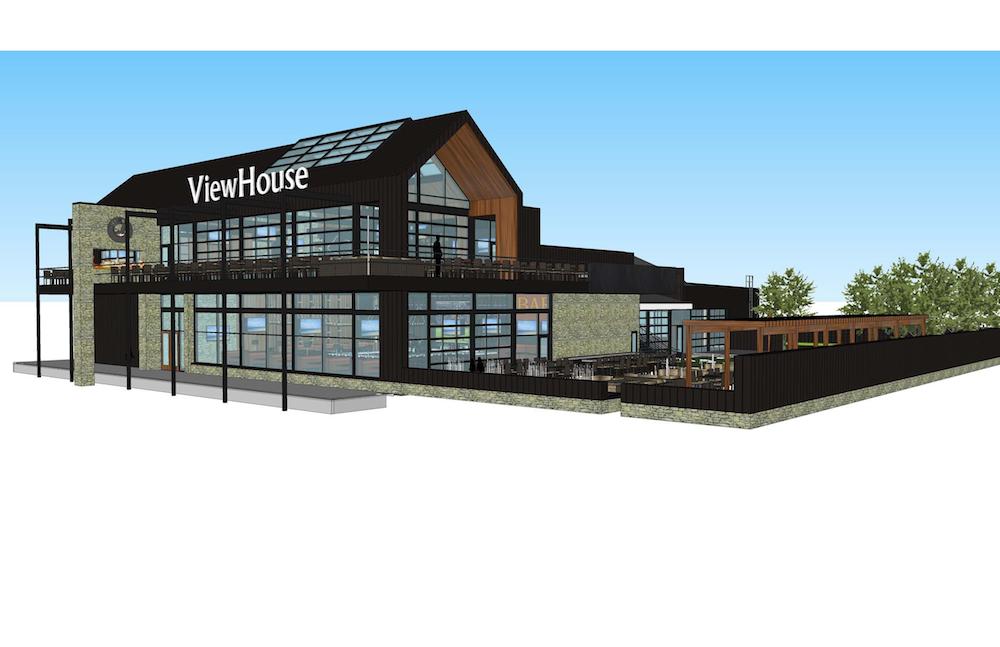 There will be decks and patios, banquet rooms for private parties and events, several bars and large dining areas. With two stories to work with, at night, a portion of the upstairs space will be transformed into a late night lounge, with an elevated DJ booth, private deck and fireplace, which can serve as an additional banquet room for private events.

Construction is pending and the anticipated opening is in July.

· ViewHouse 2.0 Will Open in the Former Traildust Steakhouse [EDen]
· Most Anticipated Openings of 2013 [EDen]