The March edition of 5280 Magazine is out on newsstands and it features Denver's Best New Restaurants. Ten restaurants, selected by food editor Amanda Faison, were included on this year's list ranging widely in style from cozy neighborhood restaurants to European-style cafés and beyond. Who made the cut? Acorn, the Plimoth, the Curtis Club, Session Kitchen, Olive & Finch, Old Major, Lower48 Kitchen, Los Chingones, Café Max, and Beast & Bottle.

Amanda Faison shared with Eater some details about the selection process, narrowing the list down to just ten, and more. 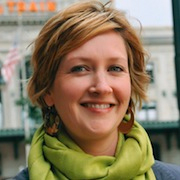 Which restaurants are eligible for being included on the Best New Restaurants list? Due to the magazine's production cycle, the timeframe is roughly January 1, 2013 to January 1, 2014. That's why Old Major and Beast + Bottle (both of which opened in early 2013) were eligible.

Over three hundred restaurants opened in Denver last year. Why did you choose to include only ten on the list? Sure, hundreds of restaurants opened but that doesn't mean every one rises to the top. I dine at as many new spots as humanely possible and slowly begin to build a list of places I want to return to. Depending on my experiences, it's pretty easy to whittle the list down from there. In the end, I'm usually staring down about 30 restaurants. Then it's a process of getting nitpicky. For the past five years, I've only included eight restaurants on the list—this year it's ten. I think all of the restaurants are exciting, relevant, and worth the public's dining dollars. Most exciting, perhaps, is that all of the restaurants are located in Denver. In years past, Boulder has had a strong showing but this list indicates that the Denver dining scene has eclipsed Boulder's.

What do these ten restaurants mostly have in common to end up together in this issue? In looking at these restaurants as a single body of work, they demonstrate a shift in the local dining scene. The most exciting message: You can get fine-dining fare (Acorn, the Plimoth, Lower48 Kitchen, the Curtis Club, Beast + Bottle) without the white tablecloth and, often, without the price tag. Kris Browning (food editor at the Denver Post) and I were talking this week about how there's a maturity and confidence in these restaurants that bodes well for the entire Denver dining scene.

What are the three most memorable dishes you had at any of these eateries? I'm have a four-way tie: the braised squid at Lower48, the persimmon Caprese at Beast + Bottle, the pork shoulder at Acorn, the cauliflower-turnip gratinée at the Plimoth.

How about the single most memorable drink? The Curly Wolf (rye, rhubarb liqueur, sweet vermouth, and orgeat) at the Curtis Club. It's served up in a coupe—I'm a sucker for the coupe glass.

Service has been a hot topic in the last week: Are there restaurants on this list that raise the bar for service in Denver? The Plimoth and Cafe Max couldn't be more different (one is a dinner-only neighborhood restaurant, the other is a European-style cafe that serves tightly edited menus for breakfast, lunch, and dinner), but the service at both is similar. The two waitstaffs are polished, at ease, and ever-gracious, and they go to great lengths to focus the experience on you.

Even though the restaurants are not technically ranked, the placement in the magazine could make readers believe there is an order. How do you decide what who comes after who in this issue? In all honestly, our art director determines the final order. The story I turned in had the restaurants arranged in alphabetical order. I do not rank our Best New Restaurants—I save that stressful task for the annual 25 Best Restaurants issue in October.

What new restaurant that opened since your cut-off date are you most excited about? Without a doubt, Work & Class, which opened in the Gravitas/shipping container development at 25th and Larimer at the end of January. Despite being only a month old, Work & Class is a fully evolved restaurant that knows what it wants to be. The communal, casual, no-pretense vibe makes it an immediate favorite. I'm also looking forward to the opening of Cart-Driver, chef Kelly Whitaker's place in the same development.