What's In A Name: The Year of the Ampersand

Share All sharing options for: What's In A Name: The Year of the Ampersand

No, you are not imagining this: There are a lot of new restaurants named [This] & [That]. Trends show up on your plate (think pork belly, kale, Brussels sprouts), in your cocktail (remember fat infused booze?), and in the name of restaurants.

The ampersand has been a popular choice in recent years around the country and it hit Denver hard this year. Lately, among the most popular restaurant openings were Olive & Finch, Work & Class, and Guard & Grace. Slated for later this year are Salt & Grinder, Stoic & Genuine, Milk & Honey, and Mercantile Dining & Provisions. And not that long ago, Denver got Colt & Gray, Williams & Graham, and the newest non-ampersand AND eatery, Beast + Bottle. Eater asked some of the chefs and restaurateurs what's in their name: Why they chose the way they did. These are their stories.

A reference to whole animal butchery, the domaine of chef Paul Reilly, and wine, the specialty of his sister and partner, Aileen Reilly, Beast + Bottle opened a year ago in the former Olivea space. "Right before we opened, Aileen and I turned to each other and said, there's a lot of and and ampersands around," chef Reilly said. "We had the name - the beast and the bottle parts- and considered using and, 'n, and a plus sign, which is what we ended up with," he continued. "It fits us and it made sense from a marketing perspective at the time--we had some equation-related advertising ideas that never came to fruition."
· One Year In: The Reillys Dish on Uptown, Regulars, More [EDen] 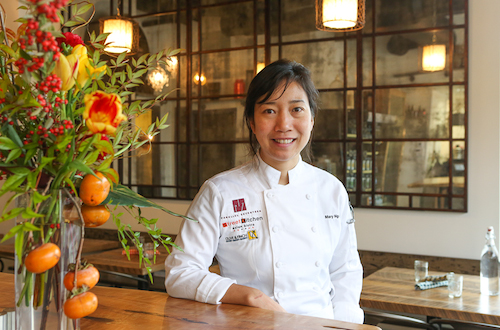 If there was ever a smash hit, a slam dunk, it is Work & Class. The restaurant, owned by chef Dana Rodriguez and partners Tony Maciag and Delores Tronco, just received a rave review from the Denver Post last week. Before the review, wait times were already significant.

"We were peripherally aware that the ampersand was a trend," said Delores Tronco. "Our name started as Working Class and there is a story behind that. Dana [Rodriguez] asked whether she can have a terrine on the menu. We said no-- it's not working class, the people who are our potential customers don't eat terrine. It just didn't fit our concept. Our previous choice for a name was Oxyde and Ivy, a play on masculine and feminine elements, but after the terrine discussion, working class stuck and we started playing with it. It made sense for what we were trying to offer, as Tony pointed out- a square meal, a stiff drink, a fair price. When you say it fast, it still sounds like Working Class. If it just rolls off your tongue, you are not sure if it's Work & Class or Working Class, but yeah, we have an ampersand."
· Seven Weeks Old Work & Class Is Killing It Every Night [EDen]

When Frank Bonanno announced that he took over the former Venue Bistro space in the Highland, those neighborhood and beyond were thrilled. The restaurateur was planning to open a sandwich-centric spot, one where house-cured meats ruled. 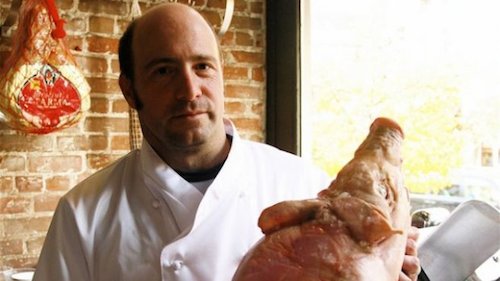 "We choose to name our new project Salt & Grinder because it works on different levels – we'll be curing salumi there, so it's a direct reference to seasoning, and it's also a reference to the classic meatball sub, the grinder," Jacqueline Bonanno, Bonanno Concepts creative director said. "As far as language goes, and our choice to use the ampersand, it comes down to the simple fact that I love the look of the ampersand. We use them frequently on our restaurant menus - they look nice and they also save space."

Chef Jennifer Jasinski will be opening a fourth restaurant this July in the highly anticipated Union Station project. The name of this modern fish-centric eatery came from a discussion with her husband, chef Max MacKissock, and chef Jorel Pierce, who will helm the new venture.

"I had no idea it was a trend," chef Jasinski explained. "We were in New York City talking to a friend. I told her that Max is so stoic. He is a man of few words, unlike me-- I am miss chatterbox. And if he's stoic, what am I? Jorel asked me. You are genuine, you always speak your mind and never worry about anything, I replied. Jorel said that's the name of our new place- Stoic & Genuine." 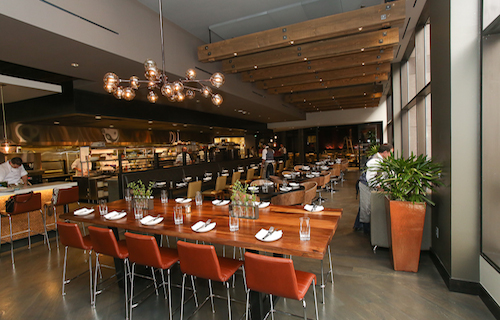 "I wanted a name that was both personal and memorable," Troy Guard said. "Having the last name Guard presents an opportunity since the actual word means different things to different people. Grace is my daughter's name, and it too is a word that has many meanings. I also love the alliteration and after coming up with more than 30 or 40 names, it's the one that stuck with me. Using an ampersand wasn't a priority in the naming process and we didn't think about it being something that would be popular," he added.

How do you feel about the trend?

· Heatmap: Where to Eat Right Now [EDen]
· A Handy Dining Guide for the RiNo Neighborhood [EDen]