Share All sharing options for: Father's Day: Chefs Name Restaurants After Their Kids

In honor of the upcoming Father's Day - for the rest of this week - we raise a glass to Denver's chefs who are dads. From Lachlan Patterson at Frasca Food & Wine to Wayne Conwell at Sushi Sasa, Bob Blair at Fuel Cafe, and Paul Reilly at Beast + Bottle, many of our local chefs are dotting fathers who cook for their little ones, teach them to play baseball, and take them to the park or circus.

Some dads name restaurants after their children. Chef Nelson Perkins named his first restaurant, Colt & Gray, after sons Colter and Grayson, who are are now 7 and 6. After naming a dessert at the restaurant after daughter Ellie, who is now four, he opened a contemporary a cocktail lounge earlier this year aptly named Ste. Ellie. 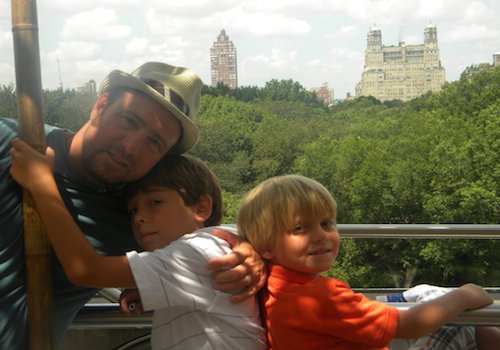 Restaurateur Frank Bonanno counts eleven eateries in his still growing empire and three of those - Luca d'Italia, Osteria Marco, and Bonanno Brothers Pizzeria are named after sons Luca and Marco who are now 11 and 10 respectively. Two breakfast sandwiches are also named after the boys at Bonanno's newest restaurant in the Highland, Salt & Grinder. It appears the older boy takes his eggs with bacon, while the younger one goes for sausage.