Today marks the first day of Negroni Week, a week-long celebration of all things Negroni with a charitable goal. From coast to coast and internationally, over 1200 bars are mixing up their favorite Negroni variations and donating a portion of proceeds to a charity of their choice. Local participating bars include Acorn, Basta, Central Bistro + Bar, Glass Half Full, and the Green Russell.

Denver has a special place in its heart for the classic cocktail that mixes gin, Campari, and vermouth. Last night, twelve of the top bars were represented in the Concorso di Negroni. Over three grueling rounds, bartending duos from spots like the Green Russell, TAG, and EDGE, competed until a Maestro di Negroni was crowned.

The competition was hosted by Ste. Ellie, the bar that sold the most Negronis during Tour Di Negroni in April. The first round was a head-to-head elimination challenge in which teams made a classic and a variation of the drink. Five teams moved to the Negroni Roulette where they had to create a drink with three elements randomly drawn from families of base spirits, vermouths, and bitters. 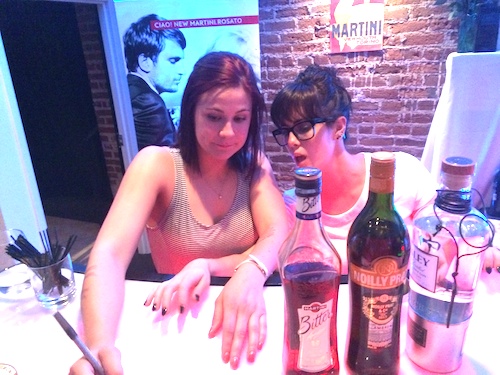 Flavor, skill, and Negroni cocktail knowledge were tested in the last round, a three-way battle that brought the teams from Ace, Acorn, and the Roosevelt to the center stage. Regan Horacek and Rae Raymond represented Ace, while Kyle West and Isaac Smith did the same for the Roosevelt, and Alex Parks and Bryan Dayton for Acorn. 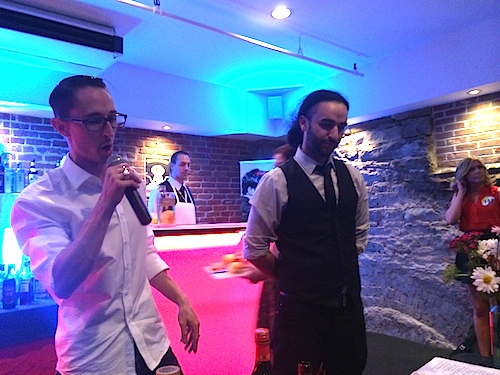 Over three hours after the competition began, after answering questions on botanicals, race-squeezing lemons, and carving ice spheres, the team from Acorn received the Maestro di Negroni title along with all sorts swag and bragging rights.

Tyler Levey, founder of the Tour di Negroni and Concorso di Negroni, promises to bring the buzzy competition to 15 other cities in the near future.