Ten Restaurants That Opened in the Last Ten Days

Share All sharing options for: Ten Restaurants That Opened in the Last Ten Days

It is the summer of restaurant openings in Denver. From Union Station coming alive in the last week to neighborhood eateries, bagel emporiums, and pizzerias, the last ten days alone brought diners new options from breakfast until late at night. When you head out this weekend, these are twelve brand new places to consider exploring. 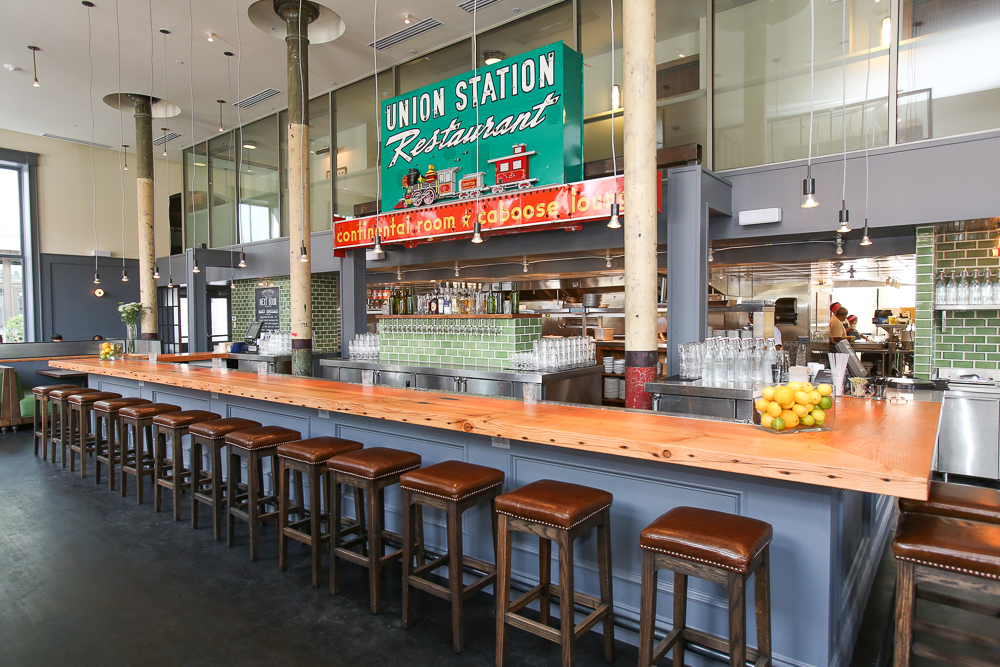 THE KITCHEN NEXT DOOR
Where: Union Station, 1701 Wynkoop Street
What: Sister restaurant to The Kitchen, this is a casual neighborhood pub, the third location after Boulder and Glendale/City Set.
Who: Hugo Matheson and Kimbal Musk
Notes: Check out the historic sign above the bar and give the beet burger a chance.
· The Kitchen Next Door Now Open at Union Station [EDen]
· These Are Denver's Best Burgers [EDen] 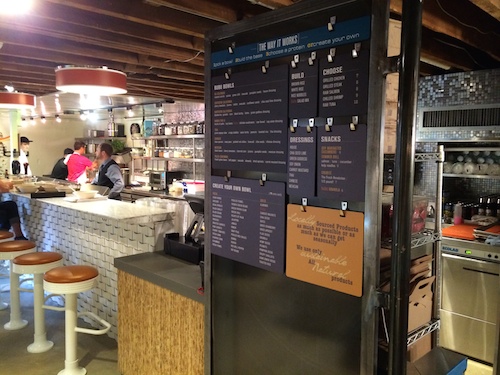 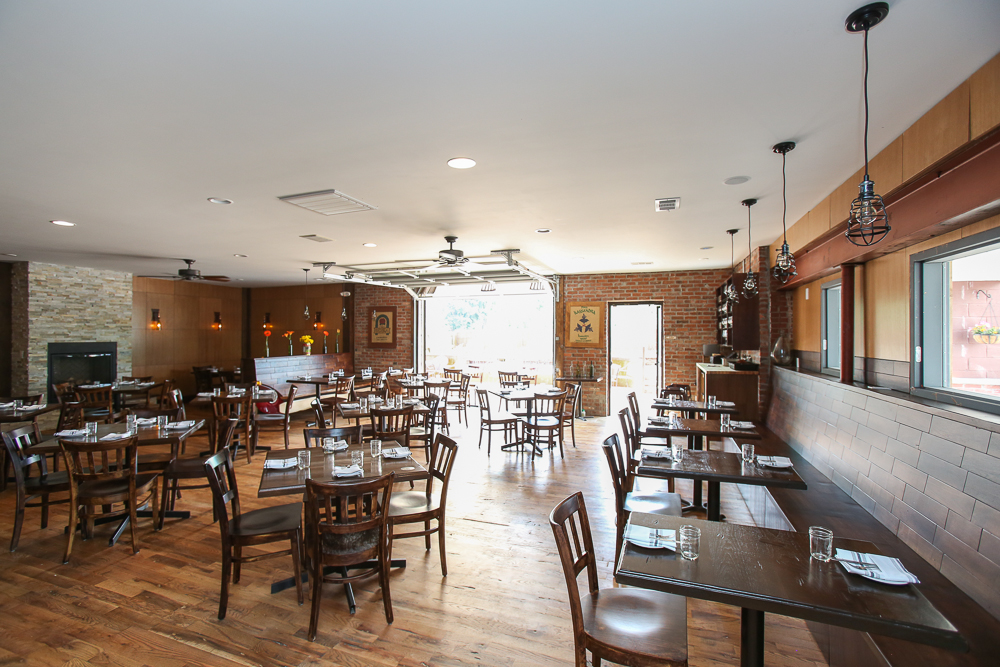 TABLE TOP
Where: 2230 Oneida Street
What: A casual neighborhood restaurant with a focus on New American cuisine and craft beer.
Who: Chef Brady Marcotte, formerly of Acorn & Oak at Fourteenth, along with owners Sita Kedia and Dipesh Amin.
Notes: Menu highlights include the beer mussels, the smoked pork loin, and the slow-smoked slider. The restaurant is working on installing a smoker in its outdoor area. 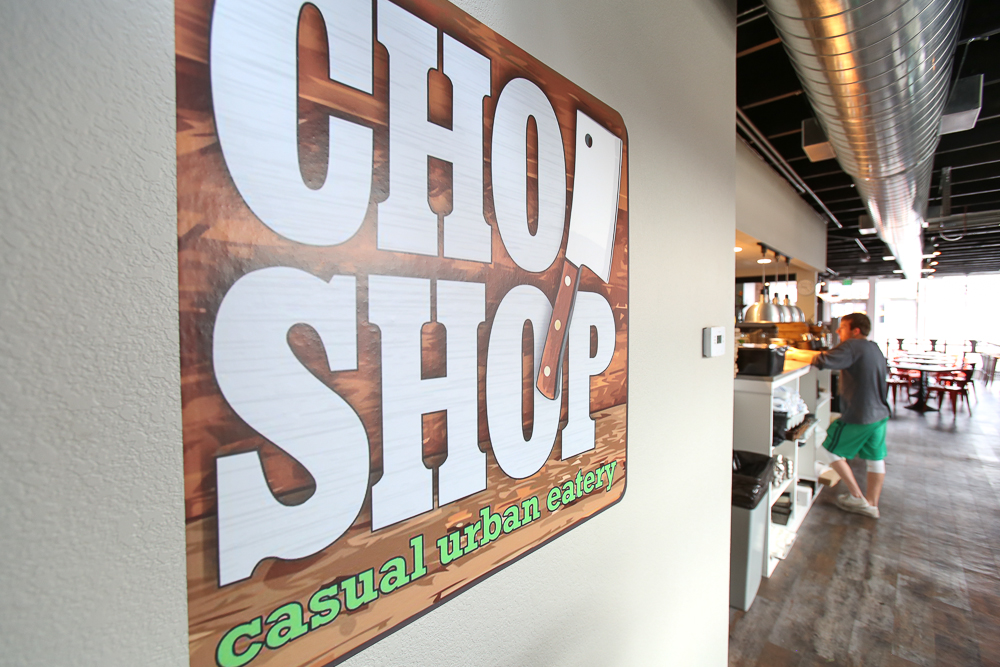 CHOP SHOP CASUAL URBAN EATERY
Where: 4990 E. Colfax Avenue
What: In approachable interior, a crafted menu of casual American fare is offered with a family-friendly focus and fast-casual structure.
Who: Chef Clint Wangsnes, formerly of Zengo
Notes: The eatery has a certified sous-vide program; proteins like chicken, top sirloin, and short ribs, are found in plated entrees, sandwiches and atop salads. 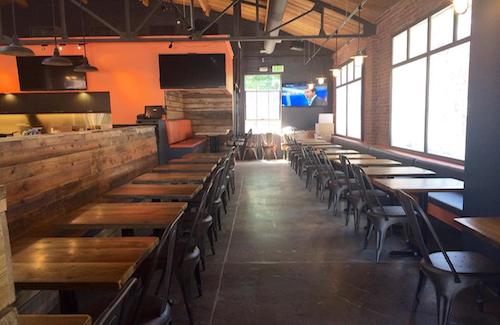 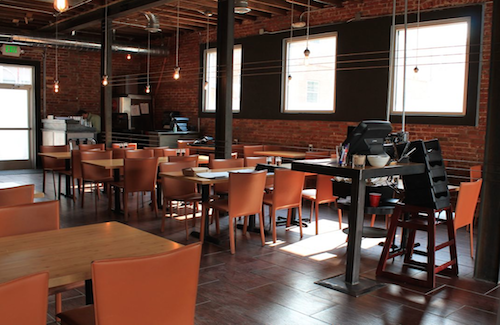 THE DISTRICT
Where: 1320 E 17th Avenue
What: A new American restaurant that serves classic dishes with a twist from 10:30 a.m. until 2 a.m.
Who: Chef Tim Kozak, owner Kerry Condon
Notes: There is an "anytime" menu, a lunch menu, a dinner, menu, as well as weekend brunch available.

· The Scoop on The District, Now Open in Uptown [EDen] 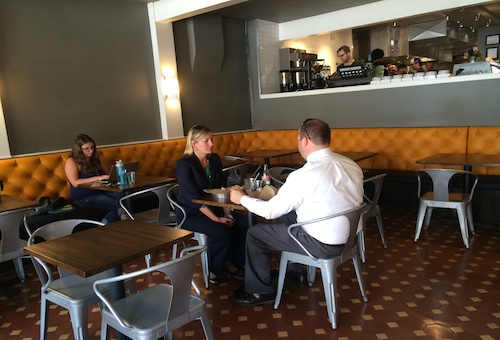 ROSENBERG'S BAGELS & DELICATESSEN
Where: 725 East 26th Avenue
What: A classic New York-style
Who: Owner and bagel master Josh Pollack
Notes: The new hot spot is still in soft opening mode but the doors are open and bagels and more are served daily from 6 a.m. until 3 p.m. 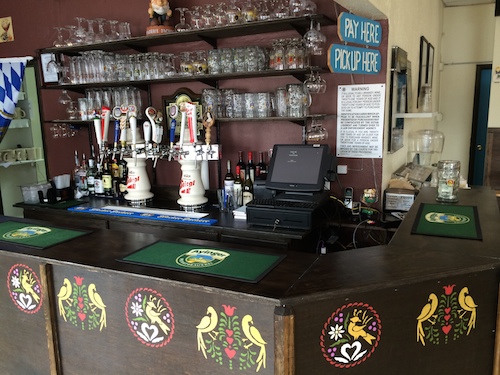 PROST FINE BEERS & SAUSAGES
Where: 3464 W 32nd Ave, Denver, CO 80211
What: A beer hall that pays homage to traditional German and Belgian beers, complemented by a menu of sausages, Bavarian pretzels and sandwiches.
Who: The group behind the original beer and sausage fall in Breckenridge.
Notes: The casual restaurant and bar uses the same sausage supplier as Biker Jim and some of the same wild game dogs are on the menu, including elk jalapeño and buffalo green chili.