If you buy something from an Eater link, Vox Media may earn a commission. See our ethics policy.

There's a lot that goes into designing a restaurant: layout, the kitchen, materials, and the list goes on. Each choice sets the tone for the dining experience, with decor and art pieces providing the finishing touch. More and more, restaurateurs are turning to local artists to make a statement in their new establishments. Take a look at six eye-catching works of art throughout town here.

When Session Kitchen opened just shy of a year ago, the portion-based menu wasn't the only fixture of which to take note. Among the numerous art installations—a central element to the restaurant's vibe—is an impressive light sculpture suspended over the main bar. Boulder artist Jen Lewin, also a trained architect, utilizes technology for her pieces; in this case 450 repurposed fluorescent light bulbs and 900 feet of pixel-controlled LEDs were used. The entire piece is also programmed so that the lights can change based on the music playing, time of day, or mood of the place. See it in action here. 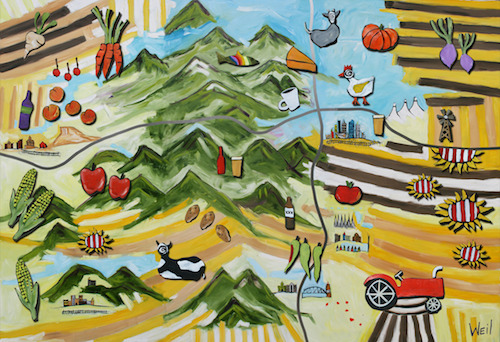 Painting for more than 20 years, Tracy Weil is also the co-founder of the River North Art District. His signature is bright works with thick paint, as found in the mural at Tom's Urban on Larimer Square. The piece debuted when the restaurant opened back in 2012, and is an homage to Colorado's thriving urban agriculture scene. There are interactive pieces that can be moved around to reflect where the modern diner's food, wine, and craft beer are sourced from, highlighting the ever-growing importance of supporting local farmers and ingredients. 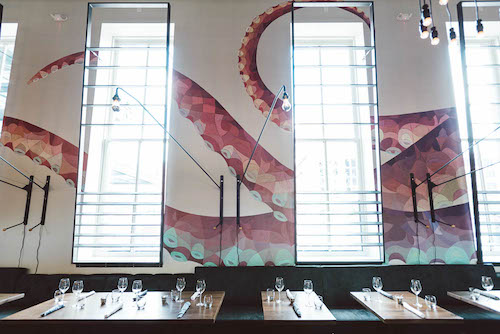 Diners at chef Jennifer Jasinski's ode to seafood, Stoic & Genuine, would be hard-pressed not to notice the imposing image of an octopus across the wall. Mexican-born Lui Ferreyra studied and earned his Bachelor of Fine Arts at CU Boulder, and over the past decade has developed a technique that implements geometric fragments and complex color fields. It took Ferreyra only a week to complete the mural inside the Union Station hotspot. 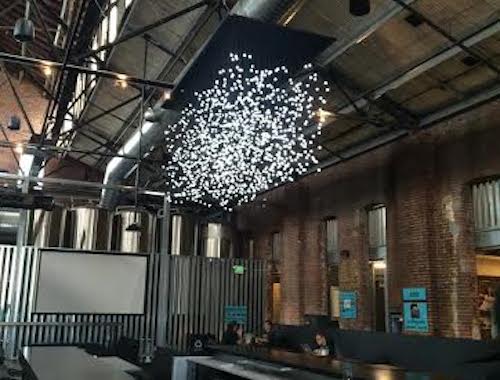 A team of three designed and built the new experimental light sculpture inside the Source, which hangs above the soon-to-open Yacht Club bar. Lighting programmer Evan Miller, the project lead, worked with programmer Matt Pinner and Denver-based craftsman and fabricator Brandon Tarbell to create Active, which consists of more than 1,400 LEDs forming a 10' x 5' x 5' cube. The large, 3D video screen is able to display changing abstract expressions in a low-resolution, single-color format. 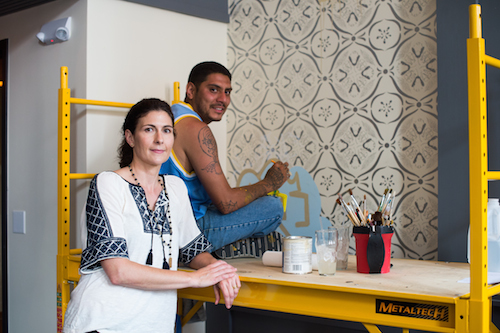 For Shift, a mural installation inside The Kitchen Next Door Union Station, artists Meredith Feniak and Anthony Garcia created layers following the history of the depot, from Beaux-Arts train station, to neglected inner-city space, and onto its revival as an urban hub. Using an intricate hand-cut stencil, Feniak invoked the traveling seeds of three Colorado plants applied as "wallpaper." Garcia painted the second layer depicting graffiti, as well as the gilded gold-leaf silhouettes of prickly cucumber to convey Union Station's adaptability and tenaciousness. 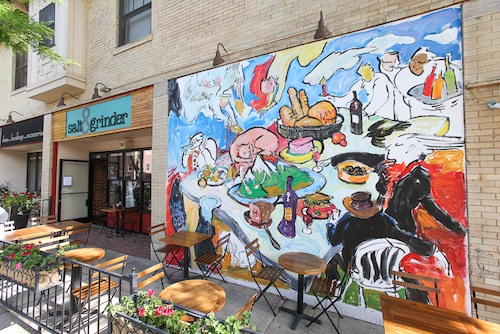 Chef and restaurateur Frank Bonanno has featured the work of Quang Ho at most of his establishments, the most recent being a mural at New Jersey-style deli Salt & Grinder. Ho held his first one-man art show at the age of 16, and went on to attend the Colorado Institute of Art. For Bonanno Concepts, his pieces have ranged from Osteria Marco's charcoal drawing of flying pigs to the vibrant painting of running horses at Russell's Smokehouse.

The Kitchen [NEXT DOOR]