A major drug bust in Denver had authorities seize 55 pounds of methamphetamine, cash, and guns, all from a drug operation ran from a taco truck located off 8th and Federal Boulevard.

In a scenario worthy of an intense episode of Breaking Bad, 17 individuals have been indicted for operating a network that sold methamphetamine throughout the Denver-metro area. A taco truck, named El Paisa Mexican Food, mainly stationed at 8th and Federal Boulevard, was the central selling point for the drugs: "Customers could literally walk up to a food truck and order a side of meth with their taco," said Colorado Attorney General John Suthers.

The bust was one of the largest single incidents of methamphetamine seizure by law enforcement in state history. "Operation Cargo," as it was named, was conducted over 5 weeks in partnership with the U.S. Drug Enforcement Administration, Colorado Department of Revenue Criminal Tax Enforcement Section, The West Metro Drug Task Force, the Adams County District Attorney's Office, Thornton Police Department and Denver Police Department.  The 64-count indictment lists charges that include violations of the Colorado Organized Crime Control Act, Possession with Intent to Distribute a Controlled Substance, Conspiracy, Money Laundering, and Tax Evasion.

"Guns, money and record amounts of crystal methamphetamine were seized during this multi-agency investigation," said DEA Special Agent in Charge Barbra M. Roach. "A massive amount of meth has been seized, keeping these lethal drugs out of our community," said 17th Judicial District Attorney Dave Young.

Juan Carlos Gonzalez was the leader of the Gonzalez Drug Trafficking Organization, a rather official and straightforward name for a criminal enterprise. He coordinated with others to import meth as well as cocaine from Mexico into California for delivery in Colorado. 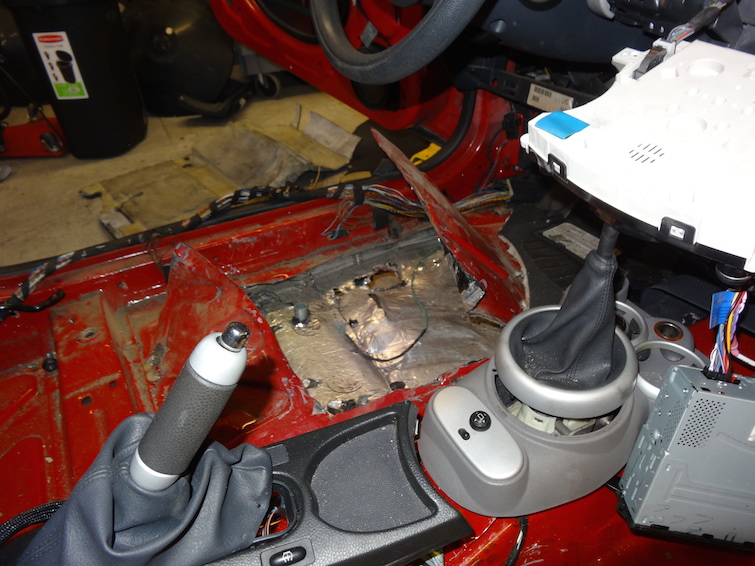 Oscar Ruvalcaba is accused of being the "load car" driver who transported the drugs into Colorado and delivered them to Gonzalez. In August, DEA and the West Metro Drug Task Force seized 55 pounds of meth some of which Ruvalcaba hid in the floor of a red Mini Cooper pictured above.

According to the indictment, Gonzalez would distribute the drugs mainly through his aunts, Monica Gonzalez and Luz Gonzalez as well as to others in the ring to sell. Maria Arellano is accused of selling the meth out of her taco trailer located at 8th and Federal.

Jennifer Seipp and Juan Carlos Gonzalez are alleged to have conspired to evade paying taxes and engaged in a pattern of racketeering to hide the money.

All of the accused are currently in custody except for Patrick Lorenzo and James Loeffler who remain at large. Any member of the public with information on the whereabouts of Lorenzo and Loeffler are asked to contact the DEA at 720-895-4139.