Later this fall, Dunbar Kitchen + Tap House will open its doors in Five Points at 2844 Welton Street. The space, which formerly housed an old school barber shop after which the business is named, is currently being gutted and remodeled.

Owners Charles Wessels and Mike Ayre aim to create a neighborhood pub where the menu is simple and approachable, the ingredients of superior quality, and the vibe welcoming to anyone from singles to couples and families.

When it opens, Dunbar Kitchen + Tap House will serve a combination of bar snacks, salads and sandwiches, as well as daily special dinner items and desserts. The emphasis will be on seasonal dishes and from-scratch cooking. 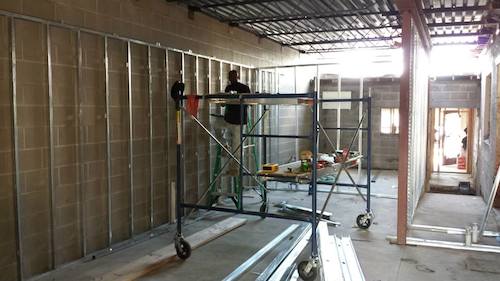 The "tap" part of the name is what will make this new neighborhood spot a beer-centric place. There will be 12 beer taps focused on Colorado craft and micro, completed by a selection of bottles and cans. Cocktails and wines will also be offered.

The new pub is located only two blocks away from the hot Rosenberg's Bagels & Delicatessen in an area that may soon become the next frontier for dining in Denver.